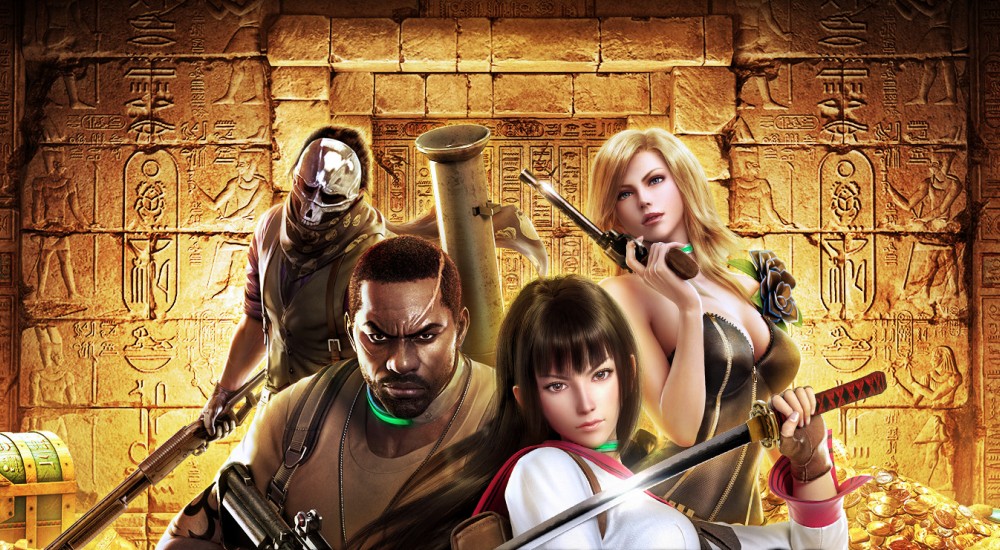 Last month during a Nintendo Direct, Bandai Namco showed off its new free-to-play title, Lost Reavers, a four player co-op action game that looks like it mixes up the shooting action (and enemies) of recent Resident Evil titles with some kind of heist-y mechanics ala PAYDAY. For the next week, you can check the game out for free as it conducts an open beta test.

Lost Reavers pits you and three of your friends against a horde of undead and other foes as you navigate through a dungeon, solve some puzzles, search for a valuable relic, and then bring it back to safety. The player holding the relic will move slower and be limited in what they can do, so the others will have to protect them while they are moving it out. It appears that each of the four playable characters in the game offer a different play style as well, with one controlling similar to an FPS, another being third-person shooter, and yet another utilizing melee combo attacks.

The open beta lasts until April 26 and the title will see its full release a couple days later on April 28 on the Nintendo eShop. No word on what microtransactions will be present in the final build.