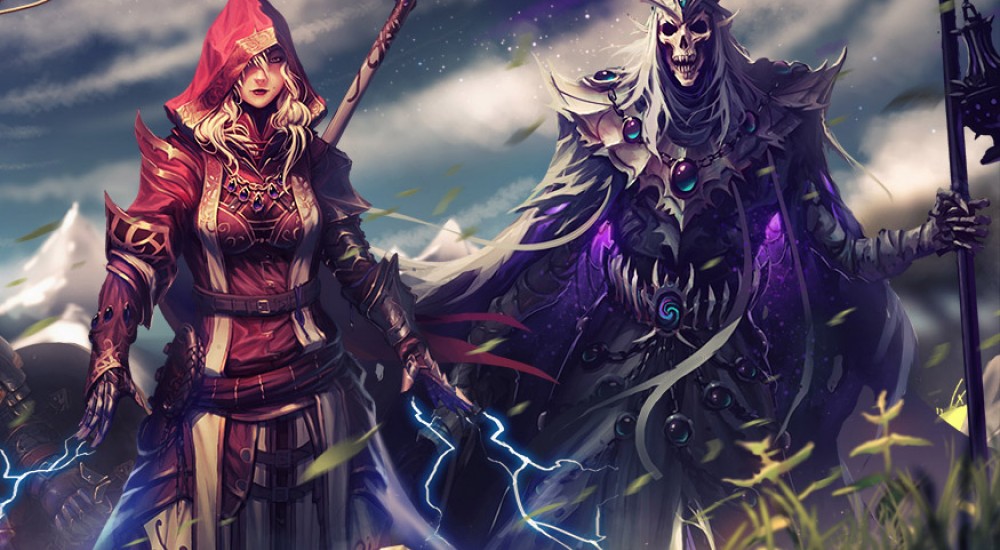 Divinity: Original Sin 2 (henceforth D:OS2) is currently in pre-alpha, which means that only specific parts are currently ready for player consumption. The new feature Larian Studios was demonstrating at PAX East was the Player Vs. Player (PVP) Arena system for the game. Had I known I would be facing Swen Vincke (founder, creative director, and CEO of Larian) himself in PVP, I may well have decided to stay in bed that Saturday morning. As it was, I found myself going up against him, both of us with two characters: a Warrior and a Ranger. Now, obviously, PVP is not something we tend to focus on around here. But one of the reasons that Larian was demonstrating PVP was to showcase D:OS2’s enhanced combat system. There was plenty I learned about the combat from our little skirmish that is applicable to the entirety of the game.

Just like in the first game, actions costs action points and abilities can create elemental surfaces which other abilities can combo with. The three new features layered on top of the previously existing combat system are elevation, source surfaces, and curse/bless clouds. The map that I saw during the demo had ample opportunities to get up on higher elevation. A character with a height advantage receives bonuses to both range and damage. Source surfaces are pools that look like quicksilver and a character who touches them receives Source Points which can be useful on strong Source Skills. Last, curse or bless clouds can be used on top of elemental surfaces to provide harmful (in the case of curse) or beneficial (in the case of bless) effects to everyone standing in the surface. While I was very familiar with the elemental surface combos from the first game, the new mechanics added a whole new depth to the combat. It didn’t feel overwhelming or cumbersome, but instead felt exciting and even more tactical. There are so many more possibilities to consider now on the combat field, and I think that’s something that fans will really enjoy about D:OS2. Swen ended up beating me, but I was okay with that, considering how long it had been since I’d played D:OS. And hey, I gave him his second victory of the day!

Though there was no other mode available for play during the convention, I did manage to squeeze some more co-op-oriented details out of Swen and the Larian team. Players will be able to choose their race and origin story at the beginning of the game. Based on these decisions (and various other decisions they make throughout the game) characters will have hidden “tags” assigned to them (e.g. an “elf” tag if the player is an elf). Every NPC will act differently to each individual tag. In D:OS2, the rock-paper-scissors dialogue mechanic is gone in favor of something a bit more advanced. Player characters are able to make their own individual decisions on conversations and they may end up diverging from the other player characters if they pick different options. For example, players could choose to do opposing quests, or heck, players might even have conflicting origins from the start of the game. The game will always bring players back together, though. Swen mentioned that it was a great challenge to adjust to four different players interacting with the world up from two. It sounds like they're up to the challenge, though!

There’s also a couple slightly different ways co-op can be played in D:OS2. A player could start a single-player game where they create their main avatar and three companions. Later on, they could host a game and have a friend drop in and play one of their companions. Or, if a shared campaign is planned from the start, players can create their own avatars at creation. The party can have at max four heroes (any mix of players and companions), and in the event that there are three players and one companion, the host decides who gets to control the companion character.

There’s a whole lot more to the game that Larian isn’t yet ready to reveal, and I’m certainly excited from what I’ve seen. More details will be revealed on the combat system over the next few upcoming conventions, and I’m sure we’ll soon get more details on the campaign and character origins.

D:OS2 will have an 80 hour story campaign that can be played in up to 4-player co-op. It is set to release on PC “when it’s done."