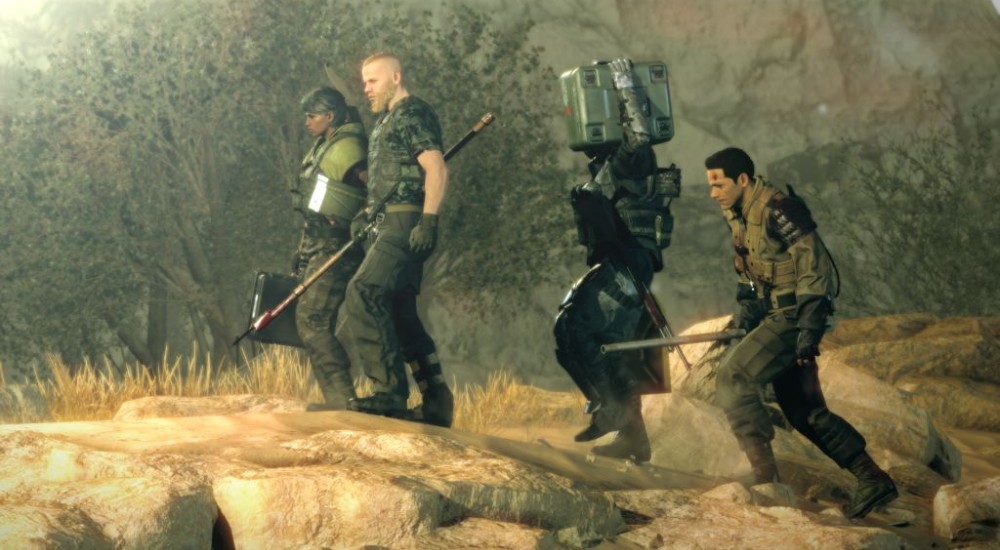 After the events of Metal Gear Solid V: The Phantom Pain, I didn't think the game series could get any weirder. Turns out, it can. Konami revealed Metal Gear Survive at Gamescom today, a four-player cooperative action title that takes place in an alternate universe after you get sucked through a wormhole... Yep.

Aside from the setting, details about the title are sparse for now. The brief press release Konami released stated that the game will feature four player co-op and "survival done the Metal Gear way." From the video, we get a glimpse at some of that in action as the four characters seem to be scavenging from the remains of the former Mother Base, which was also sucked through the wormhole, and using a weird bow/arrow not previously seen in any other Metal Gear game. The last little bit of the video also hints that the biggest threat in that other place may not be the zombie creatures...

Metal Gear Survive is slated for release on the PC, PlayStation 4, and Xbox One sometime in 2017.