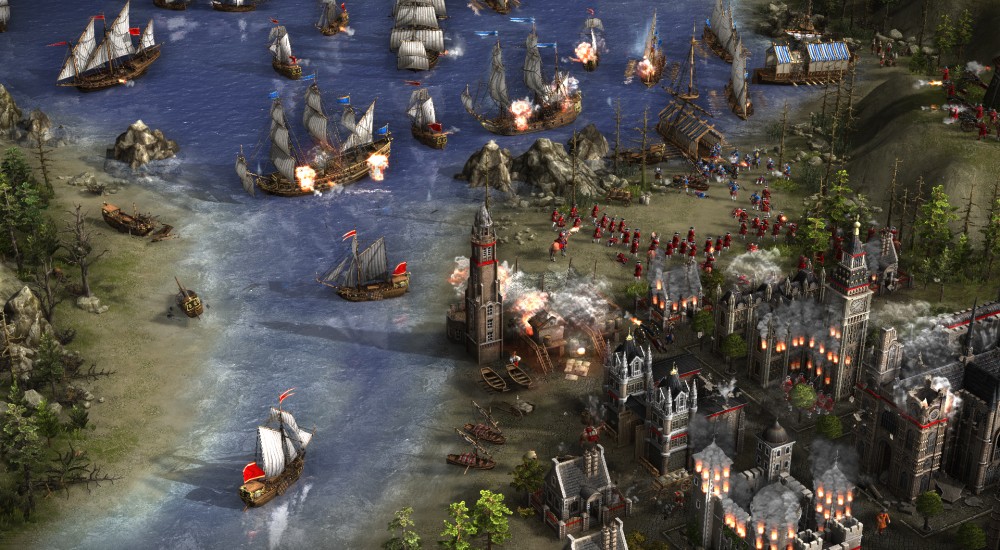 If you're a fan of RTS titles that feature in-depth resource gathering/management, strategic troop formations, and 12 playable nations from which to choose, then you may be interested in checking out Cossacks 3. This remake of the 2000 original includes the same elements and historical context with a modern veneer applied.

In true RTS fashion, the co-op in Cossacks 3 is resigned to "comp-stomping," i.e., you and up to five of your friends can team up against computer controlled opponents to utterly decimate them. The five campaign missions in the game are, unfortunately, single-player only, so teaming up with a group of friends to kick some A.I. butt is your only choice here.

Cossacks 3 is available now via Steam for $19.99, or you can pick up the Digital Deluxe version for $29.99 and get access to four post-launch DLC packs that will include new campaign missions and new multiplayer maps.