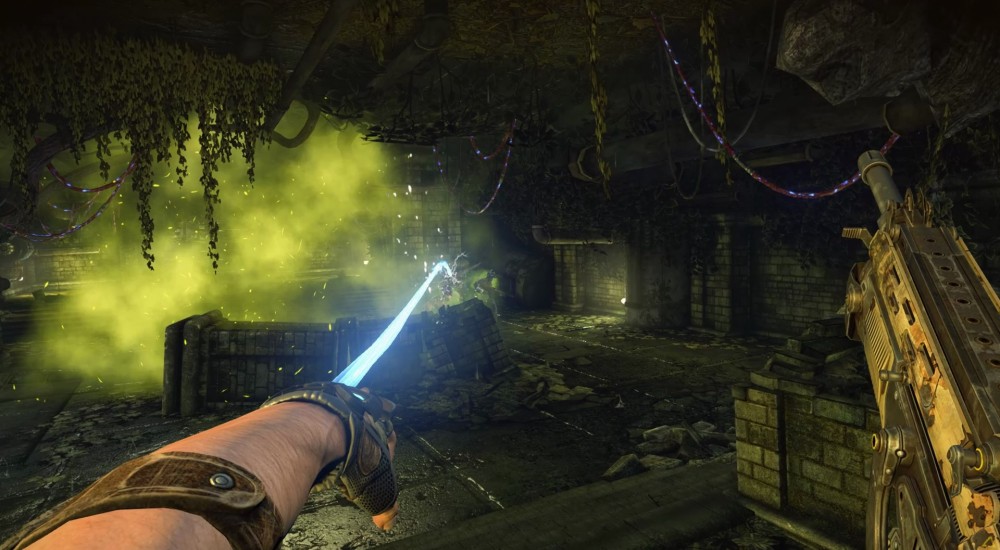 After months of speculation, Bulletstorm: Full Clip Edition has been officially announced. This remastered unique FPS/action game from 2011 will be storming onto PC, PlayStation 4, and Xbox One this spring with a few new updates and additional content.

On the co-op front, the biggest feature is the inclusion of all six Anarchy maps from the DLC, bringing the total up to 12. The co-op mode was something different within the realm of horde/wave-based modes as players not only had to worry about avoiding death but also trying to max out their score in order to progress to the next round. The best way to do this was to get Team Skillshots, like having one player kick an enemy and another one shooting it.

Aside from the updated graphics and inclusion of all DLC content, Bulletstorm: Full Clip Edition will also include a new single-player game mode (Overkill campaign, which removes all weapon/Skillshot restrictions), new Echo mode maps, and... Duke Nukem. Yep. If you pre-order the game now, you'll be able to play through the entire campaign as Duke Nukem, complete with the Duke's "witty" dialogue.

Bulletstorm: Full Clip Edition will arrive on PC, PlayStation 4, and Xbox One on April 4, 2017.