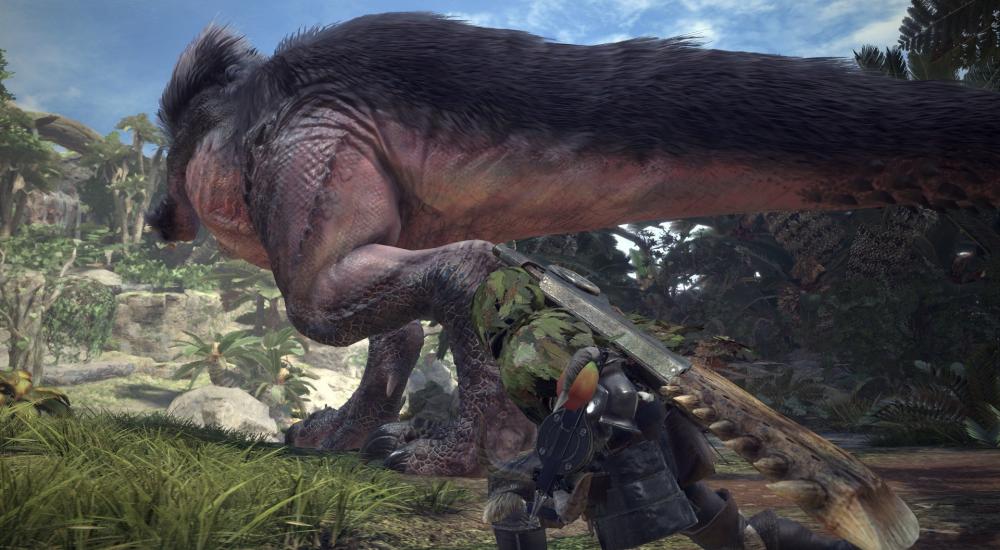 One of the bigger reveals during this year's E3 was Monster Hunter: World, the first non-handheld/mobile title from the long-running franchise to be released in recent history. The debut trailer showed some clips of a hunter tracking down his prey and engaging it, and now the full 24-minute gameplay video is available.

While there's no mention or sight of the four player online co-op in this clip, it's still a good rundown of the game's mechanics and some of the new features players will be able to enjoy, like pitting two monsters against each other in order to weaken your prey.

Hopefully there'll be more news about the co-op in the coming months once the title makes the circuit through Gamescom in August and PAX Prime in September.