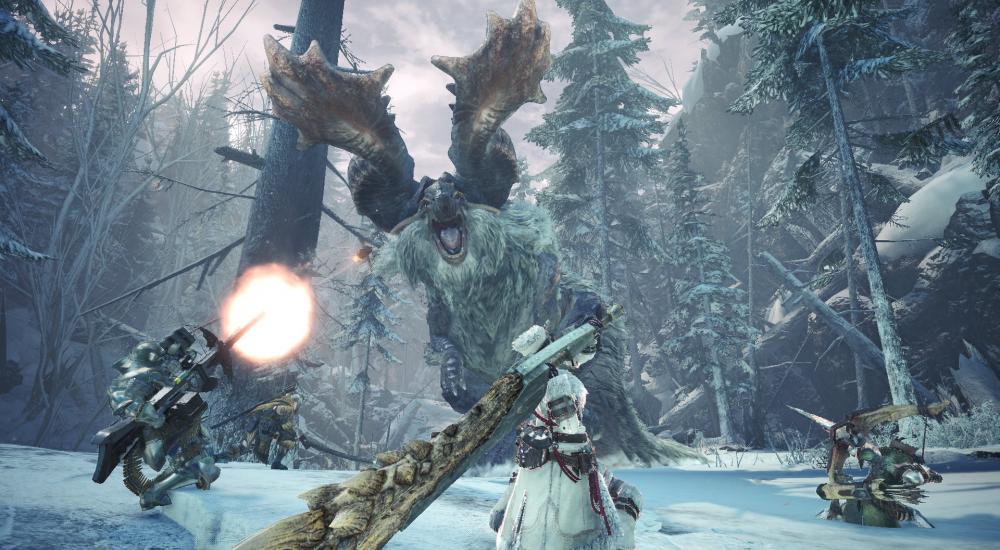 One of last year's more interesting stories was that of Monster Hunter: World's relatively rabid success.  The game's ability to widen its accessibility to more mainstream audiences while still mostly maintaining the magic of the franchise made it a bonafide hit for Capcom.  So naturally, they've supported MH:W heavily since its early 2018 release.

As revealed last week in Sony's State of Play, the "Iceborne" expansion will arrive on Xbox One and PlayStation 4 on September 6th of this year.  Meanwhile, the PC version will come a little deeper into winter.  This latest expansion obviously introduces frostier environments to the game, as well as the ice-hardened foes that inhabit them.  Check out the gameplay trailer below for a closer look.

Monster Hunter: World allows up to four online hunters to work together as they track down and subsequently capture/fight the game's massive creatures.  While it still retains some of its predecessors' more... esoteric features, MH:W is a great starting point for those who were interested in the series but never made the leap.  Be sure to check out our review if you'd like to know more.

PlayStation 4 owners can take things a step further, as Capcom is offering a free demo until May 20th.  You can quickly dive in, check out the early stages of the game and, if it's up your alley, pick it up at a pretty hefty discount.