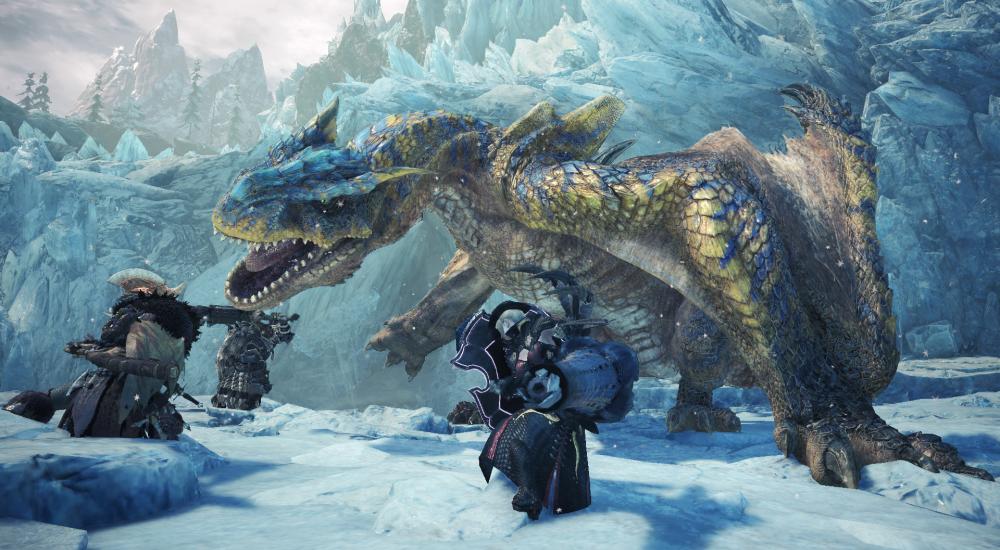 After getting out a patch that addressed some major issues with the PC version of Monster Hunter World: Iceborne, Capcom continued the good news train with announcing this weekend that they would finally get all versions of the game aligned so that event quests and other content would be available at the same time. Ever since the PC version released back in August 2018, there's been a content delay of at least a few weeks between it and the consoles. With Title Update 3 (coming sometime April 2020), that'll all be a thing of the past.

The announcement came via the official Monster Hunter Twitter account with an image of the planned updates for the next few months (see below). On the PC, players will be getting much of the content that's already been added to the consoles (such as Rajang and Safi'jiiva) over the next couple months, while console players will get a few special event quests to bide the time until April. Then, once Title Update 3 drops, both PC and console players will be getting new Arch-Tempered and Master Rank monsters to hunt along with a new festival. After that, all versions of the game will see the return of a "fan-favorite monster" in May, and more monsters and other updates after that. One can only hope that with content finally being aligned across all versions of the game, that cross-save functionality might become a thing as well. That's not an easy thing to pull off, but it would be a great feature to implement with a game like this as it could help bring back some players that fell off.

Monster Hunter World: Iceborne is available now on PC, PlayStation 4, and Xbox One.