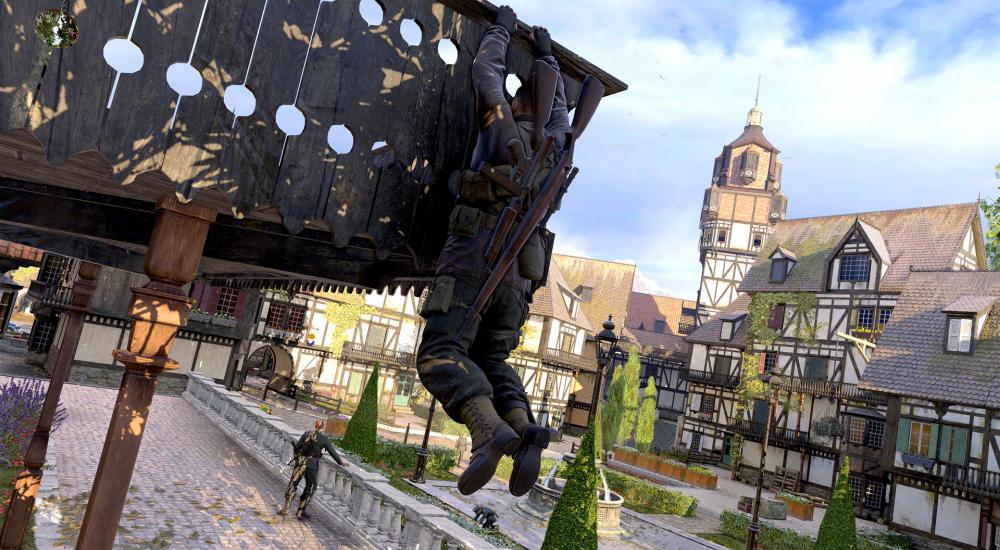 You've incepted and infiltrated, now it's to obliterate! The final DLC, Obliteration, in the three-part campaign that is "Deathstorm" is now available for Sniper Elite 4 on the PC, PlayStation 4, and Xbox One.

In the newest DLC, you'll be shifting from the hills and villas of Italy to the place where all this sniping madness began - Germany. Here's the setup:

It's in the Bavarian town of Steigerloch, in the heartland of Germany, where the abominable nuclear project known as Deathstorm is being researched. A heavily guarded underground complex is rumoured to lie hidden beneath the sleepy town's hilltop church, with suspicious vehicle activity suggesting the Nazis are planning something big - and soon. Elite agent Karl Fairburne must draw on all his skills to neutralize the facility and bring Deathstorm down, once and for all.

Along with this new content, there's a pack of guns, "Lock and Load Weapons Pack," available for sale for $3.99 that includes two new rifles (the SVT and M30 Drilling) and one new sidearm (the Mauser M712). Rebellion has also released a new difficulty mode, "Authentic Plus," for free for anyone looking for an even greater challenge, as well as a new map for the "Survival" co-op mode (also free).

The Obliteration DLC is included in the Season Pass, if you picked that up, otherwise it'll run you $6.99 like the previous DLC offerings.