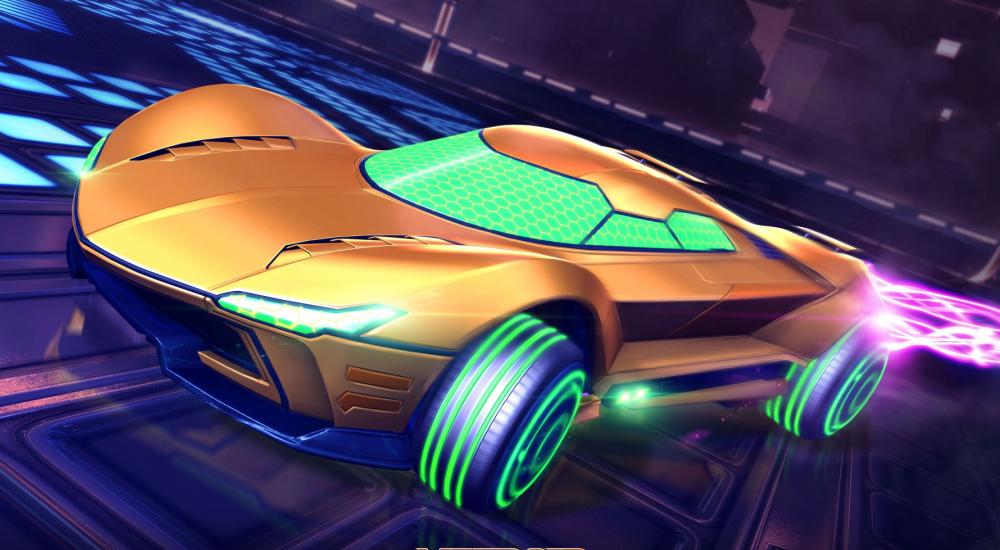 Two years after its initial summer release, Rocket League is still going strong. The "soccer with cars" title will be making its way onto the Nintendo Switch later this year and the development team over at Psyonix have a special treat for anyone who picks it up on that platform: Nintendo-themed cars.

Depending on which side of the pitch you find yourself, you'll be driving that big old ball towards the opposing team's goal in a Mario, Luigi, or Samus-themed car. If you're on the Orange side, you can use the "Mario NSR" or "Samus Gunship" cars, and on the Blue side you'll get "Luigi NSR" or a Varia Suit Samus car. I suspect everyone will want to be on the Orange team with that gunship car. There will also be some special Mario/Luigi hats that can be used with any car, and some special boosts (e.g., the Gunship's "Wave Beam") that are specific to the Nintendo cars. These new cars will be absolutely free for Switch owners, though you'll have to unlock them by meeting some in-game requirements that are (for now) unknown.

Rocket League is out now for PC, Xbox One, and PlayStation 4, and is coming to the Nintendo Switch sometime this holiday season. Co-op is support for up to four players locally or online in Exhibition matches against bots, or for two local players against bots in the Season mode.