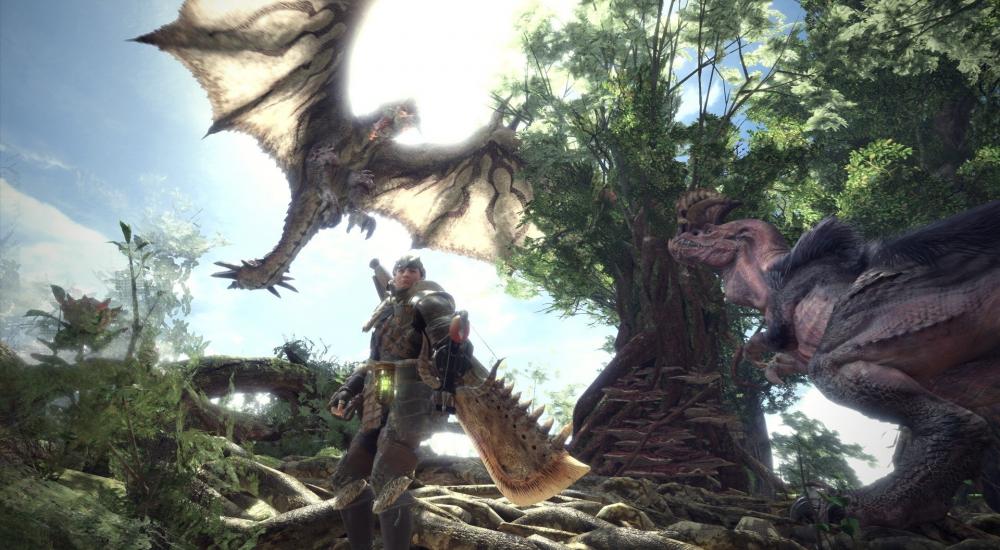 Prior to Gamescom, Capcom invited a few outlets out to their San Francisco office to check out the new Monster Hunter title, Monster Hunter: World. While there have been a number of videos released since the initial E3 reveal, not one has shown off or mentioned co-op! Well buckle in because it's time for some four player monster hunting.

There are a number of videos from a variety of outlets floating around there, but the one we're picking here is from Casey DeFreitas and Brandin Tyrrel of IGN. Casey has extensive knowledge and playtime with the entire Monster Hunter series, while Brandin is brand-new to it. Both cover some of the new features and gameplay aspects they liked from both a veteran and novice perspective, and then start discussing a little bit of the co-op aspects around the 2:55 mark. Cooperation and coordinating roles/attacks with your teammates in order to bring down your prey have been a hallmark for the series, but the various tweaks, improvements, and new features (like a greater interaction between monsters and the world around them) seem to raise this higher and allow for a better introduction to the game for new players.

Monster Hunter: World will be out on consoles sometime early next year, and then at a later date for the PC. Four player online co-op will be supported throughout all your monster hunting fun.