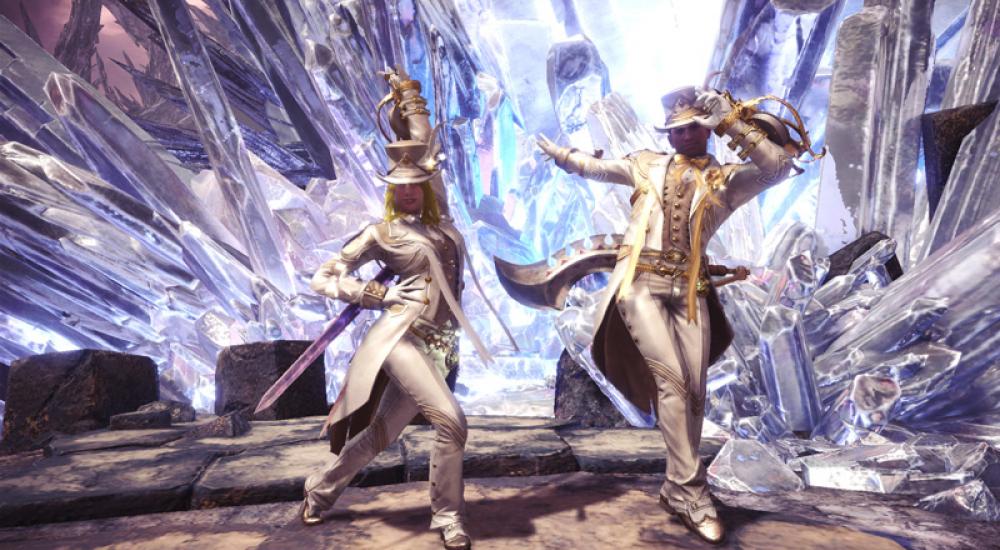 The Capcom team certainly has been busy this past year with regular content updates and events for Monster Hunter: World, and that will be continuing into the new year. Among the planned free content updates are a crossover event with everyone's favorite hunter of monsters, Geralt of Rivia, a festival to celebrate the past year, and some other secrets for the 15th anniversary.

All of this info comes from the latest developer presentation from last Monday. In the presentation, producer Ryozo Tsujimoto walked through the updates that are planned for the next few months, and a big one that won't be available until later next year. First, here are the content updates that are coming soon to the console versions (PC will get these at later dates):

The biggest announcement, of course, was saved for last. If these limited time events aren't enough for you, then you'll probably be interested in the "Iceborne" expansion. This paid DLC will add new monsters, new gear to craft, a new area to explore, new quests, and a new storyline. It also seems likely that it will add a new rank of quests above the current "High Rank," perhaps even the often fan requested "G Rank," where monsters are even tougher and have new attacks to ruin your day. Again, sadly, this will arrive on consoles first and PC sometime later. More details will be revealed in the next few months.

Monster Hunter: World is available now on PC, PlayStation 4, and Xbox One.