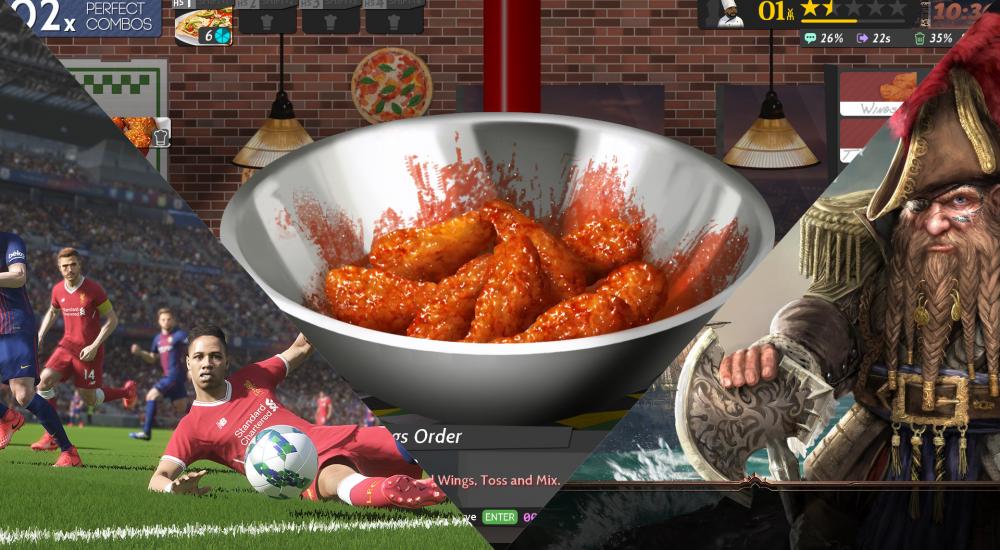 A little delayed this week on word of the new co-op releases; it's fair to blame Destiny 2 and trying to get "Raid ready." Just because I'm loot shooting, though, that doesn't mean the co-op releases stop! This week we've got Pro Evolution Soccer 2018, Divinity: Original Sin II, Rayman Legends: Definitive Edition, and more!

Bloody Zombies (PC and PlayStation 4) - supports up to four players online, local, or combo! A side-scrolling brawler with a unique mechanic where one of the four players can participate while wearing a VR headset (for the PS4 and PC versions at least). The person wearing the VR headset is able to look around the environment more and see what's in store for the group. The Xbox One version does not support the VR headset, and will be releases next Thursday, Sept. 21.

Cook, Serve, Delicious! 2!! (PC) - supports two players locally. Cook delicious dishes and manage a restaurant. The all new split screen co-op feature allows you to play through the entire game with two players, with the ability for players to drop in and out during your progress within the game.

Divinity: Original Sin II (PC now, consoles later) - supports four player online, LAN, and combo co-op across multiple PCs, and two player local co-op on the same PC. The sequel to the popular computer-RPG from a couple years ago, Divinity: Original Sin II tells a new story in the world of Rivellon set hundreds of years after the events of the first game. Play through the entire campaign with a group of friends and enjoy the roleplaying experience!

Rayman Legends: Definitive Edition (Nintendo Switch) - supports up to four players locally. Team up with some friends to play through the entirety of the campaign and tackle special challenges. This Definitive Edition of the game includes exclusive content from series creator Michel Ancel.