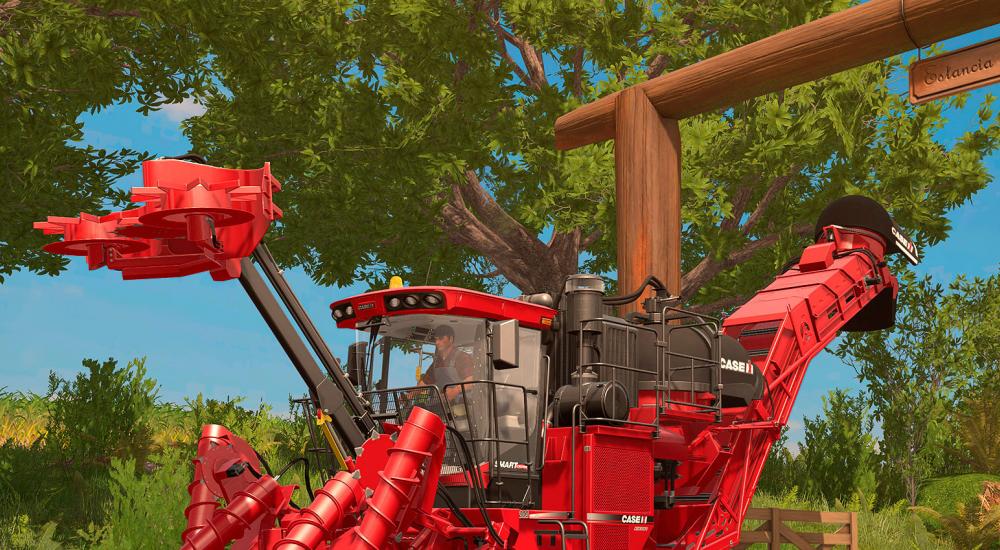 It's been awhile since I thought on Farming Simulator 17, and the terrible things Locke, Mike, and Nick did to my farm/crops... Anyways, if you, too, want to enjoy all the rewards of tilling, sowing, and harvesting without the actual hot, sweaty work, then GIANTS Software has you covered. The Platinum Edition of Farming Simulator 17 arrives next month and brings with it a new location to setup your farm, a new crop, and some new sexy farming equipment.

The Platinum Edition will include vehicles and tools from Case IH, Stara, TT, Randon, FMZ, and Gessner Industries, but the real focus here, today, is the Bizon Super Z056. There she is, just look at her. Built in the '90s by the Polish based Bizon company (later acquired by New Holland), the Super Z056 was a combine harvester that was designed to harvest cereal crops, such as wheat, barley, corn, sunflower, and soybeans. The name itself, "combine," stems from the fact that it combined three typically separate processes - reaping, threshing, and winnowing - into just one. A great time-saver. While the Super Z056 wasn't a very common sight here in the States as John Deere was the manufacturer of choice, it was easily found around Europe and, particularly, in Poland.

Anyways, if you pick up the Platinum Edition of Farming Simulator 17, you'll be able to acquire and use this combine in game.

The Farming Simulator 17 - Platinum Edition goes on sale for the PC, PlayStation 4, and Xbox One on November 14 for $49.99. If you already own the game, then you can buy the Platinum Edition expansion pack for $19.99. If you picked up the Season Pass, then you'll get it for free when it is released.