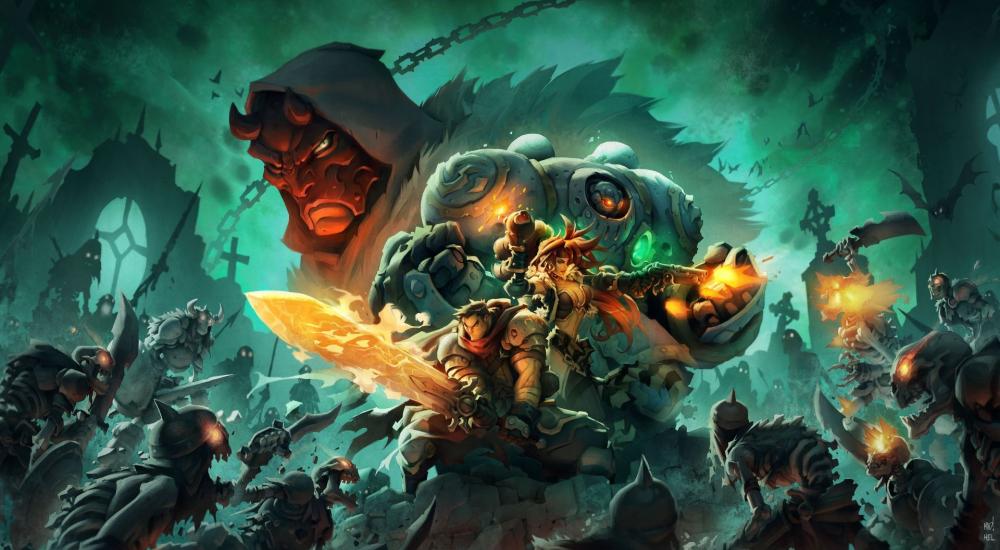 There's gonna be a lot of hootin', a lot of hollerin', and a lot of smack-down-drag-out fightin' this weekend.  The Co-Opticrew must have built up a lot of anger in the last week, cause we're either chasing battles, chasing monsters, or chasing sourcerors over the next couple days.  I suppose it's good to a let a little rage out every now and then, as long as it doesn't end in someone getting fired cause they "smashed every fax machine in the tri-county area".  Or, you know, whatever.

Look, I'll be honest.  We have a couple plans that could theoretically be construed as not necessarily laying the smacketh down, but there's not much.  See for yourself:

Jason Love (@JLove55) - "More Destiny 2 and checking out the Dauntless Open Beta. Possible a little Battle Chasers: Nightwar on the Switch, too."

Eric Murphy (@smurph_em) - "We'll probably play Nine Parchments again for our stream tonight. We're just having too much fun blowing each other up to quit now... I mean blowing up the bad guys. Who would blow up their friends? Silly me."

Marc Allie (@DjinniMan) - "On the road, so Switch gaming for me: Battle Chasers."

Locke Vincent (@LockeVincent) - "We are hitting the tabletop with 7th Continent this weekend as it finally was released.  More BattleTech and Wizard of Legend."

Tally Callahan - "Smite and maybe some games on the table."

Enoch Starnes (@enochstarnes) - "I'll have a busy weekend taking care of stuff around the house, so maybe I'll escape from reality with that new House Flipper game I keep hearing about."

Matthew Squaire (@mattaghetti) - "God of War and Divinity Original Sin when I can play any of the vidayo gamez."

So, how about you?  Anything good happening during your weekend?  Let us know in the comments!