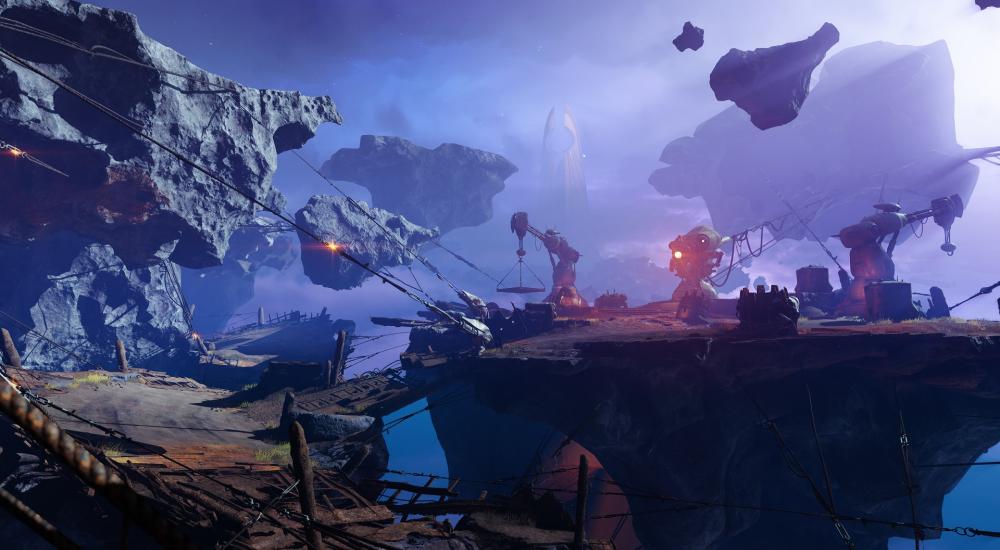 Bungie held a livestream yesterday where they revealed what they have planned for "Year 2" of Destiny 2. After a rough first year, the development studio needed a "win" here to not only appease their base, but hopefully bring back players that dropped off. There are a number of changes and improvements in the works, most of which will arrive with the next big expansion: Forsaken.

Before I go into too much depth with my own personal thoughts on what Bungie revealed/announced, here's a quick breakdown of what's coming when the Forsaken expansion hits on September 4:

I wanted to take a little time to think on everything that Bungie discussed/revealed yesterday before making this post, as I have a lot of mixed feelings on Destiny 2. One of the issues I brought up in our Co-Op Review of the game is that Bungie dictates the endgame (the Raid) to players, and there's not a lot of variety or options outside of that. The game was streamlined to such a degree and devoid of much of the content that was (eventually) added to Destiny and made it compelling, that the sequel lacked a compelling reason to keep returning week after week. While the "Curse of Osiris" and "Warmind" expansions added a couple new areas, there still wasn't anything new like the Prison of Elders from the "House of Wolves" expansion for Destiny to give players non-Raid endgame activities to enjoy (the "Escalation" protocol in "Warmind" really doesn't count). To me, what Destiny 2 lacks in its current state is the ability to hop in and choose some activity with which I can engage alone, with strangers, or a couple friends (not 6), and will provide me with a reward I desire and/or adds to my investment in my character in some meaningful (to me) way.

During the stream yesterday, Bungie showed off the usual things I've come to expect from any expansion at this point (i.e., new location, new weapons/armor), and the things I'd hope would be a part of bigger expansions (i.e., new-ish enemies, and new game modes). The one thing I didn't expect was for them to, at least in appearances, address my biggest complaint with Destiny 2 with the "Collections" and "Triumphs" menu items. These two additions are exactly what I was talking about when I discussed Bungie dictating the endgame. By letting me see what there is to do in the world of Destiny 2 and then deciding "ok, let me just spend the next hour knocking out this one achievement," I can hop into the game whenever I want and feel like there's something to do other than the Raid.

There are still some questions in the air with all of this, like what does the new weapon system entail exactly and what can you do in the Dreaming City, but I am, for now, hopeful and eager to see where all of this goes.

Destiny 2: Forsaken will arrive on the PC, PlayStation 4, and Xbox One on September 4. The stand-alone expansion, Forsaken, will cost $40 and, it's worth noting, requires players to own all content currently available for Destiny 2 (i.e., base game, "Curse of Osiris", and "Warmind"). Bungie stated in a Tweet that there will be additional purchase options made available closer to the September 4 release date that will let players buy all that content, presumably at a reduced rate. If you want the Forsaken expansion and all of the content that will be added via the three seasonal expansions, then you'll need to get the $70 version that includes Forsaken and the Annual Pass. If you really love Bungie and trust them to deliver on everything, then there's an $80 version of that package that also includes some exclusive digital goodies.