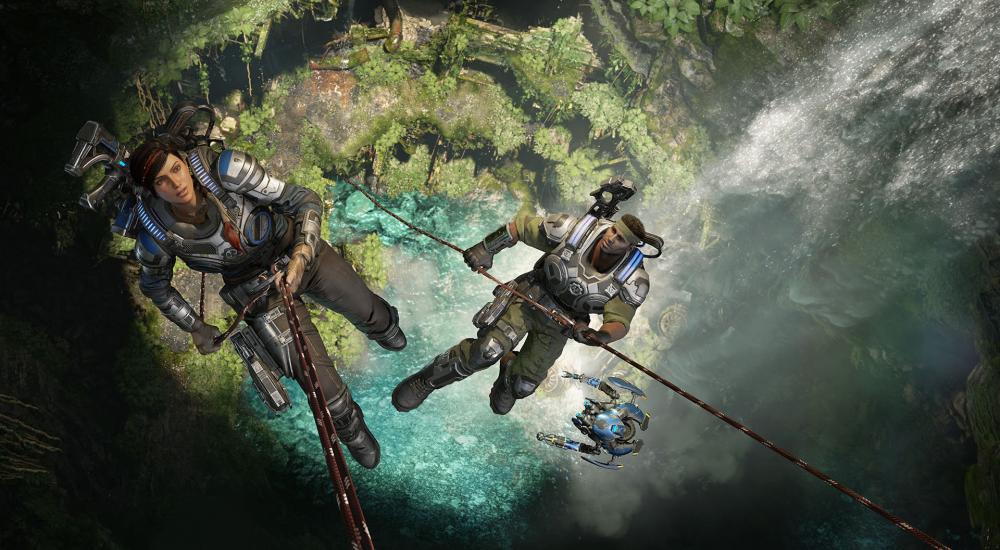 As predicted, Microsoft have announced two new Gears of War games coming out in the next few years. While the other one, Gears of War Tactics is a PC exclusive strategy game similar to XCOM, Gears 5 is the PC and Xbox One title that continues the series 3rd person action.

Two player couch and online co-op is confirmed so far, but things are still pretty early. Here's a handful of screens and two videos that Microsoft have released. Be sure to check out all of our E3 2018 coverage over the coming week right here.