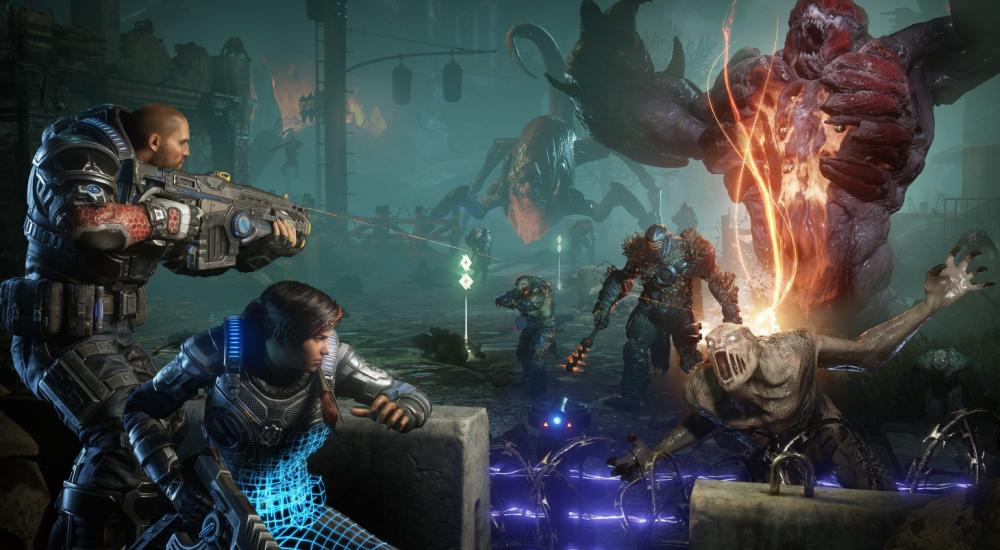 Time to bust out your favorite bandana and crush the nearest creatine shake, cause Gears 5 has slammed its way into stores.  While the latest entry into the Gears franchise has technically been out since its "Early Access" release on September 5th, it wasn't officially available to the general public until the 10th.

Naturally, the game has a full campaign mode dedicated to the men and women of COG and the aliens they're contractually obligated to dismember, but that's not all Gears 5 has to offer.  As mentioned in the launch trailer, below, it also features a Versus mode (boo!), a co-op Escape mode (yay!), the perennial Horde mode (yay!), and a Map Builder mode (y...yay?).  The trailer, while brief, does offer a glimpse of each mode in action.

Because it's a Gears title, you'll be able to play as all your favorite characters, like Marcus Fenix, the guy from Spartacus, and the, uh, Terminator.  Look, I don't make the rules, I just post the pretty videos.

Just like its predecessors, Gears 5 is a Microsoft exclusive, meaning it's only available on Xbox One and PC.  While the exact numbers differ from mode to mode, the game offers local co-op for up to three players and online co-op for up to five players.  If you'd like to get a more detailed rundown of its offerings, might I recommend our fantastically informative FAQ?