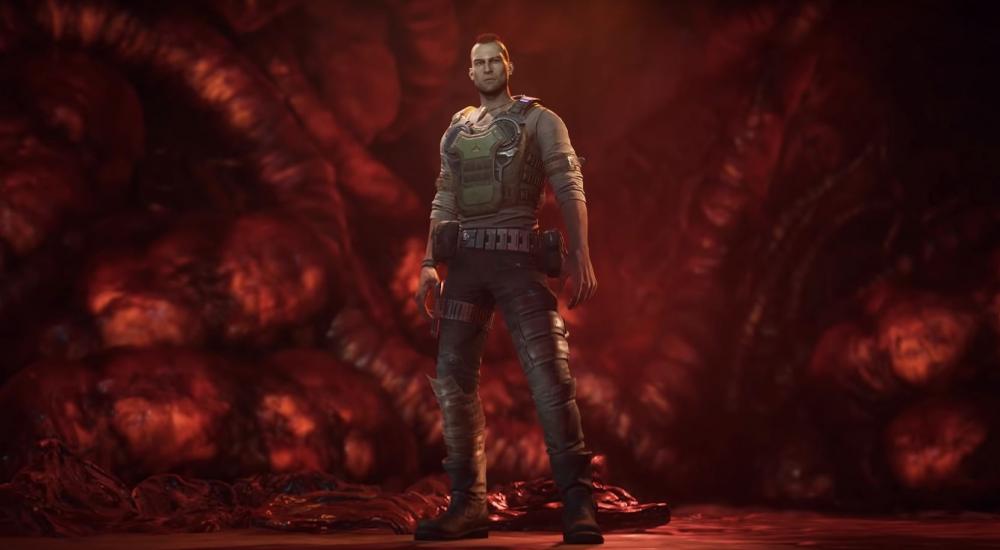 Last month, The Coalition showed off the new three player co-op mode that, Escape, will be a part of Gears 5 when it arrives in September. Rather than staying in one spot and fighting off wave after wave of enemies, Escape puts you in the boots of one of three members of a "Hivebuster" crew and tasks you with being able to get out from the middle of a Hive before the angry Swarm, or the deadly bio weapon you deployed, takes you out. In three new videos, you can now get a chance to "meet" the members of the crew and go ahead and call "dibs" on your fave.

Lahni is an "up-close" kind of fighter, whose ultimate ability is an "electro knife" that shocks and stuns enemies and she has a passive ability where executing a foe may cause them to drop ammo (something you'll be scrounging for a lot, it seems).

Keegan appears to be more of the support member of the crew, with an ability to resupply ammo for nearby allies. He can also mark enemies and when they die, it will recharge his resupply ammo ability.

Finally, Mac deploys a barrier in front of him that moves with him and allies can shoot through, so bullets go out but they don't go in! When he takes damage, it recharges this ability.

These are some very distinct abilities for each character and the impressions that are floating around out there about Escape certainly paint a picture of a pretty fun new co-op mode for the franchise. We're looking forward to checking it out in a couple months!

Gears 5 will release on Windows 10 PC and Xbox One on September 10, 2019. Check out the database page for more details on the different co-op modes and the players supported.