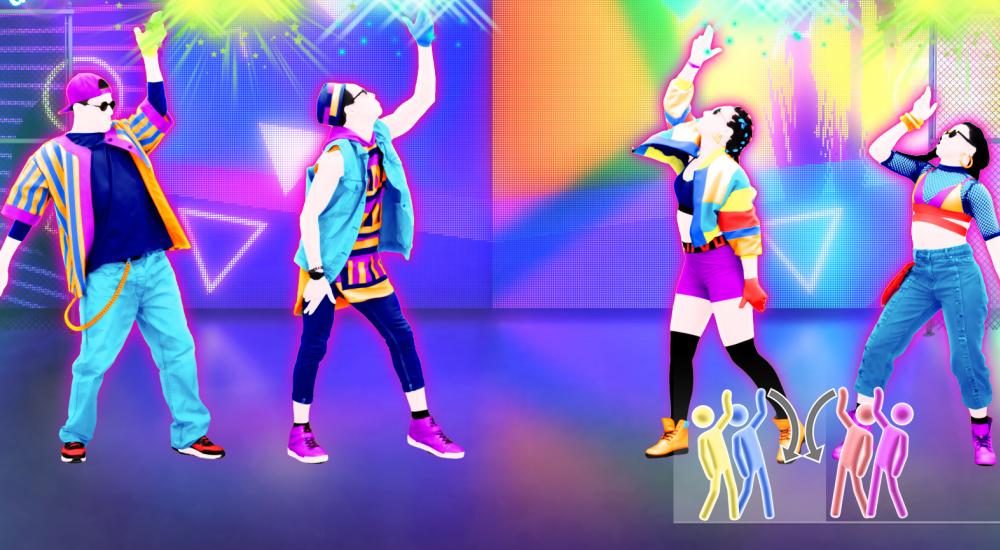 I truly admire Ubisoft for sticking with Just Dance being part of their E3 lineup. Every year they bringing out a dance crew, and they just commit. You may find it cringeworthy or awkward, but it is absolutely joyous and a refreshing break from how many of these presentations go. Just Dance 2019 will be marching its way onto just about every console produced in the past 13 years on October 23, 2018.

Similar to last year's entry, the game will ship with a selection of 40 songs that you can groove along to using game controllers or (PlayStation 4 and Xbox One versions only) using the Just Dance App on iOS and Android devices. Local co-op will be supported in a number of songs, with the number of dancers ranging between two and four for the Xbox 360, Wii, Wii U, and Switch versions, and up to six for the PlayStation 4 and Xbox One versions thanks to that previously mentioned app. The Kids Mode will be making its return as well so parents you can enjoy busting out some dance moves with your kiddos.

The PlayStation 4, Xbox One, Nintendo Switch, and Wii U versions will also include one month free access to "Just Dance Unlimited", which is a subscription-based service that provides you with a catalog of 400+ songs to stream and dance to in the game.