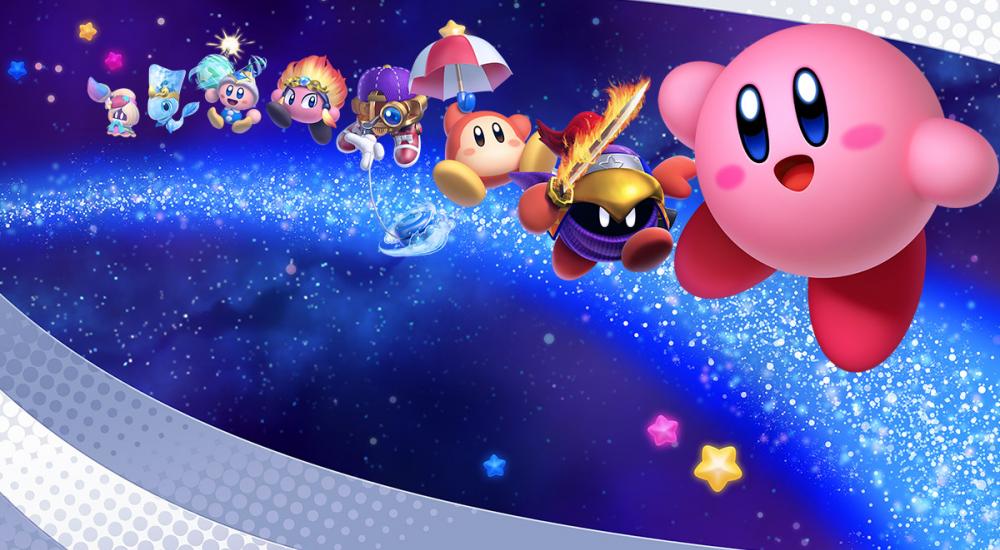 If you're a big fan of the pink puff and his buddies, then good news! The second free content update drops today for Kirby Star Allies and it adds three new characters to the "Dream Friends" roster: Daroach, Dark Meta Knight, and Adeleine & Ribbon (two characters that are controlled as one).

Unlike the regular enemies in the game that are befriended by giving them a "Friendship Heart," the "Dream Friends" can only be recruited in the special "Dream Palaces" (in the Story mode, at least), where you spin the big roulette wheel to randomly get one of them. Once they become Kirby's friend, though, they can then be controlled by one of YOUR friends using another controller or Joy-Con. These new characters join up with Marx, Gooey, and Rick & Kine & Coo that were released back in March, and Bandana Waddle Dee, King Dedede, and Meta Knight that were available at launch. The Dream Friends can also be used in the other two co-op game modes, Guest Star ???? Star Allies Go! and The Ultimate Choice.