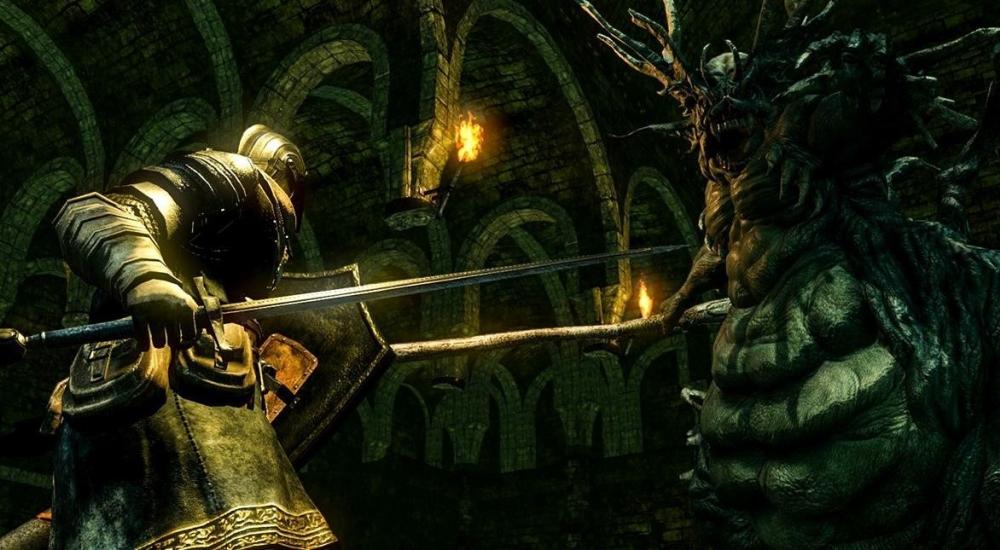 Good news if you live in the U.S. or Asia and haven't gotten your fill of Dark Souls yet. Bandai Namco announced at Gamescom that a special Dark Souls Trilogy bundle will be released on October 19, 2018 for the PlayStation 4 and Xbox One. The bundle includes the recent Dark Souls: Remastered release,  as well as the Dark Souls II: Scholar of the First Sin, and Dark Souls III: The Fire Fades editions, meaning you get all the DLC for all the games. That's a lot of bonfires and estus flasks!

"Fear not the dark my friend and let the feast begin!" Prepare to die all over again with the ENTIRE critically acclaimed series in DARK SOULS Trilogy available October 19th, 2018 for Xbox One and PS4. #DarkSouls #Gamescom pic.twitter.com/jpe5irU29z

Interestingly, it appears this Trilogy release will happen the same day as the Dark Souls: Remastered release on the Nintendo Switch, which does not appear to be getting the Trilogy bundle. I guess no matter what, you'll be able to play some more Dark Souls on October 19, assuming you aren't already.

The Dark Souls Trilogy bundle will have both a digital and physical version, though the physical versions will be in limited supply. It retails for $79.99 and will release on October 19, 2018.