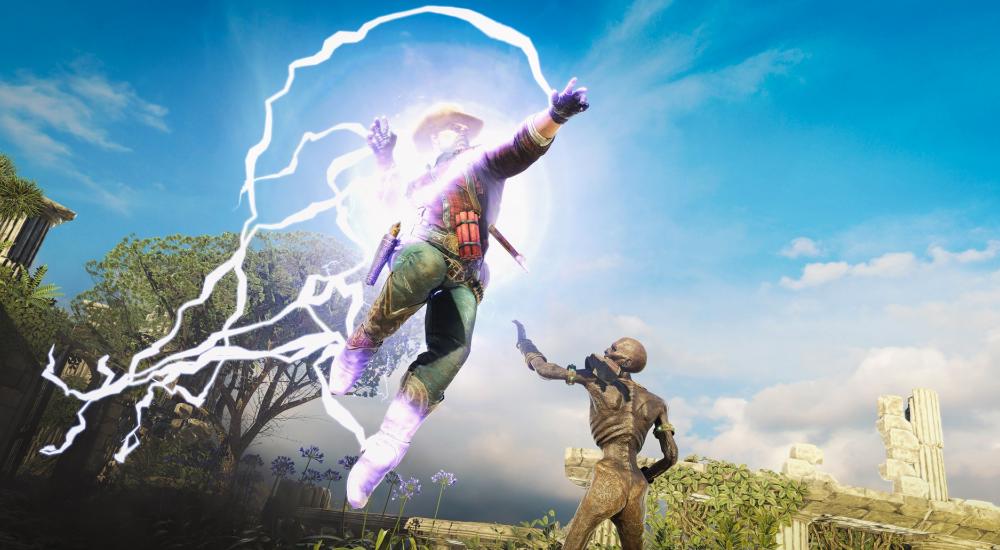 What ho, adventurers! Have you been plumbing the depths of forbidden tombs with your best buddies in Strange Brigade? If so, you may be interested to know that a new character is available to play (free for Season Pass holders and not free otherwise), as well as new maps for the Score Attack and Horde modes (all free).

The new playable character is Patrick "Bash" Conaghan who's default amulet power appears to be some kind of electric smash attack (maybe "Bash" will one day be reborn as an Arc Titan...), called the "Wrath of Quetzalcoatl." As mentioned before, "Bash" is available to all Season Pass holders for free, and if you want to pick him up otherwise, he'll cost you $6.99. He's available across all versions (PC, PS4, and Xbox One) of the game.

Alongside Patrick comes three new maps for the Score Attack mode and one new map for the Horde mode. "Harbin's Dig Path II," "Hidden Valley II," and "Tunnels of Wadjet II" are available to test your skills in Score Attack, and the new "Palace" map is available for Horde. All of these maps are free for all players regardless if you have the Season Pass.

Finally, Rebellion detailed what else they'll be releasing over the next couple months, which includes new Story campaign missions, and conveniently split out what's free and what will cost you some money if you don't have the Season Pass (though no mention of price point for those things).