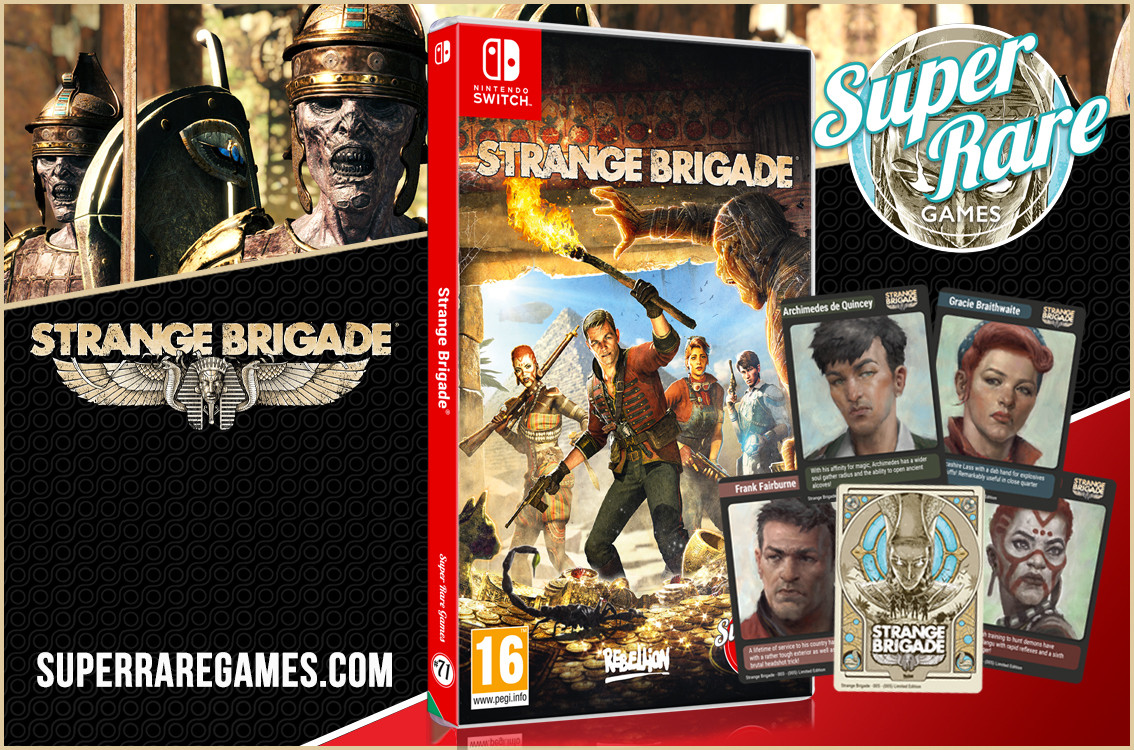 Strange Brigade is a cooperative third-person shooter from Rebellion that doesn't get as much love as it should. Well, the Switch version of the game has at least earned a pair of upcoming physical editions from Super Rare Games. Collectors will be able to get either a standard physical edition or a fancy Steelbook. Considering that Strange Brigade has a fun, adventurous story and great 4-player online co-op, the only strange thing is how long it took these physical versions to come about. See our co-op review to learn more about the game itself. 3,000 Standard Editions – Releasing with all the current content on its cart, a full-color manual, interior artwork, an exclusive sticker, and trading cards.

2,000 Steelbook Editions – Releasing with both Standard and Steelbook editions of the game, a postcard, and a slipcover.

Preorders for these physical editions will go live on Thursday, June 30 at 10 AM PT/1 PM ET at SuperRareGames.com. According to Super Rare, preorders will ship "shortly thereafter," so this shouldn't be a year-long wait scenario like you'd get with Limited Run or Strictly Limited.

Digital versions of Strange Brigade are available to purchase for $49.99 on Xbox, PlayStation, Switch, Steam, and Stadia.