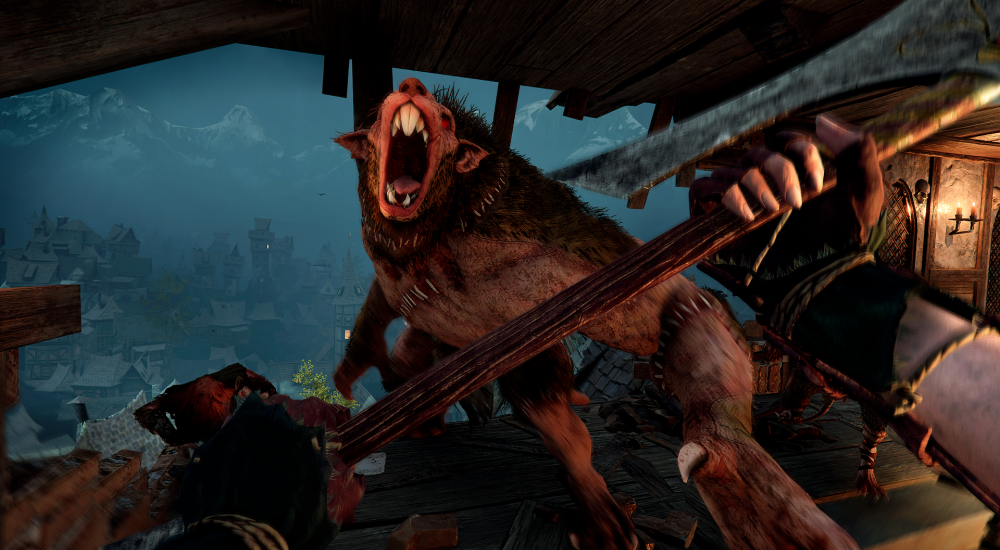 The sequel to the horde-based smash, dash, bash, cast, blast, and clear a path game, Warhammer: Vermintide, arrives on the PlayStation 4 today. While the game has been out on PC and Xbox One for some time now, today’s release marks the final console to receive the game with no Switch version being mentioned thus far.

Warhammer: Vermintide 2 features four-player co-op where players take on different roles as they try to survive and power through waves of nightmare-inducing monsters and bosses that are more than happy to stop you and your friend’s journey short. In our (PC) recap we said that the game was a step up from the original thanks to a less randomized loot feeling; “However, the randomness has been cut way down. What's more, that equipment now feeds into the other systems - the character "professions" and overall character progression - that allows each player to, eventually, make a "build" (e.g., stalwart tank vs melee DPS).” All of those thoughts can be found here.

Warhammer: Vermintide 2 is now available on PC, Xbox One, and PlayStation 4 for $29.99. There is also an Ultimate Edition of the game that includes both of the DLCs - the previously released “Shadows Over Bogenhafen” and the recent “Back to Ubersreik” - along with a few other goodies for $54.99. With the newest console iteration of this game will you and up to three friends be preparing to slay some terrifying vermin, or have you had your fill of smashing and slaying across the Xbox One and PC releases? Let us know below!