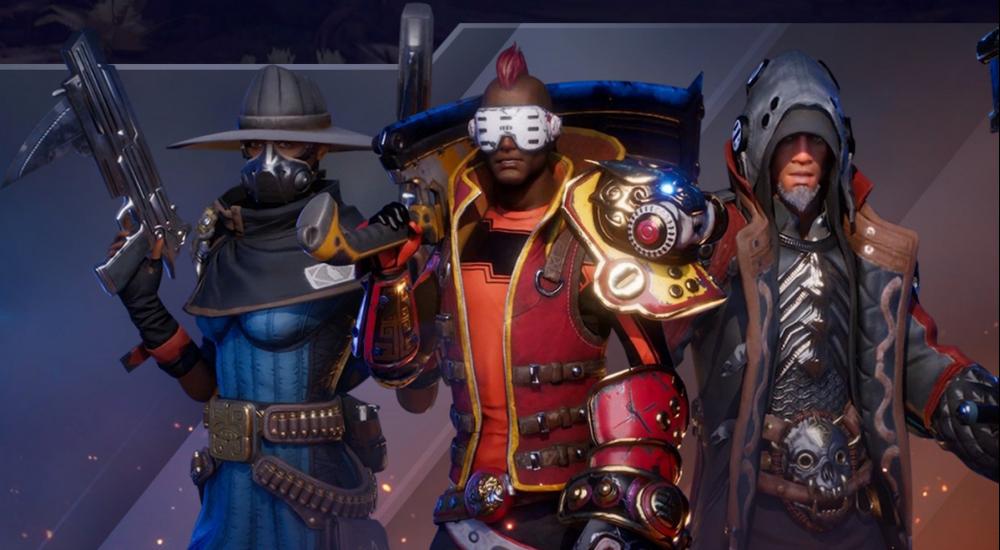 We've brought up QC Games' Breach a few times over the past couple months, and while the title has been accessible via a closed alpha for that time, last Thursday's Steam Early Access release opened the title up to a much wider audience. We dove in as part of our weekly "Let's Play Co-Op" stream and came a way with some highs and lows.

The general consensus amongst Nick, Locke, Mike, and myself is that we all really like Breach and what it's doing, but it's very much a "wait and see" scenario. The overall gameplay is solid and it's going to be interesting to see the kinds of class hybrids people devise. Playing with a group of friends to clear a dungeon feels satisfying, particularly when you have those moments where you just manage to pull through. Most matches only last between 15 to 20 minutes, too, so it's easy enough to hop into one or two when you don't have a lot of time to play and, win or lose, you'll have some loot, in-game currency, and character progression to show for it.

You'll also be rewarded with that sense of "learning a class." Over the weekend I played a few Solo and Co-Op Vs A.I. matches and played around with a few different classes. My main focus was to hit level 2 on a few so I could check out the class hybridization mechanic. As I played, though, I found myself gravitating towards the "Engineer" class because 1) who doesn't love turrets, and 2) I really like the crowd control abilities they have, the Confusion Gas Grenade in particular (this throws down a cloud that slows enemies that enter it and if they're in it long enough, stuns them). One of the Engineer's special abilities is to shoot an enemy with a kind of tether that, after a couple seconds, will pull the enemy back to the tether location and root them (preventing them from moving). It took me a bit to figure out how to effectively use this, but after a couple matches I felt like I got it down. Soon enough, I was able to quickly recognize the tougher melee foes when they spawned, shoot them with one of these tethers, and then toss down a Confusion Gas Grenade so not only did they get rooted but also stunned. It felt really good to pull off and if I was able to execute it just right the game even popped up a little "Good CC Setup" message.

I then switched to the "Sniper" (another class in the "Tech" school of magic) and found that while they were fun, I wasn't a fan of one of their abilities. Once I got them to level 2, I swapped that ability out with the Confusion Gas Grenade from the Engineer and really enjoyed playing the Sniper that way. The more I played, though, I realized that the ability I didn't like on the Sniper (the "Vortex Slug") would work well with the Engineer as it pulls a group of enemies to a center spot, which means getting a whole pack of foes back into a Confusion Gas Grenade area. If I wanted to get that into the Engineer's kit, though, I'd need to hit level 4, which means playing more and I'm ok with that, even if there are some Early Access issue that need to be addressed.

It's fair to say that as Breach stands now, it's still in the "early" part of the Early Access phase. As you'll probably be able to tell from our recap video above, there are some graphical/UI improvements to be made, and some better ways to handle controller input (e.g, changing the perk selection during a match to take a few seconds of pressing rather than a negative-edge press), but perhaps the biggest issue right now is network optimization and lag.

Breach relies a lot upon players being able to see when attacks are coming either from enemy movement or the red areas that will appear to signify when the Veil Demon or an Elite are about to do something to the heroes. There's not a lot of time to respond to these and the timing needed to successfully dodge out of the way and avoid taking damage is such a tight window that if there's even the slightest bit of lag, you're going to end up on the receiving end of something not pleasant. Lag also frustrates one of the main gameplay elements: completing objectives. You and your buddies have a limited amount of time to defeat a certain number of enemies, or escort a drone to a certain location, and every second counts. If the pack of enemies you thought you were attacking suddenly show up on the other side of the map, or you find yourself inexplicably downed because you thought nothing was around to hurt you, and that leads to your team failing the objective, it's... well it's disheartening at best and angering at worst. It's worth noting that these issues can crop even when playing a Solo match with A.I. bots (who have their own issues) as you're always connecting to a QC Games server to play.

The good news is that these are issues that QC Games is likely aware of and working on improving as there are already a handful of improvements I've seen between the October preview build and now. They are the kind of issues that make it tough for us to wholly throw our support behind this game and say "run out and buy it now!", but so much of what Breach gets right makes it a title where we look forward to hopping back in in a couple months once some of these kinks have (hopefully) been ironed out.

Breach is available via Steam Early Access for $24.99. It will go free-to-play once it hits full launch later this year. Four player online co-op is supported in the Co-Op Vs A.I. matches.