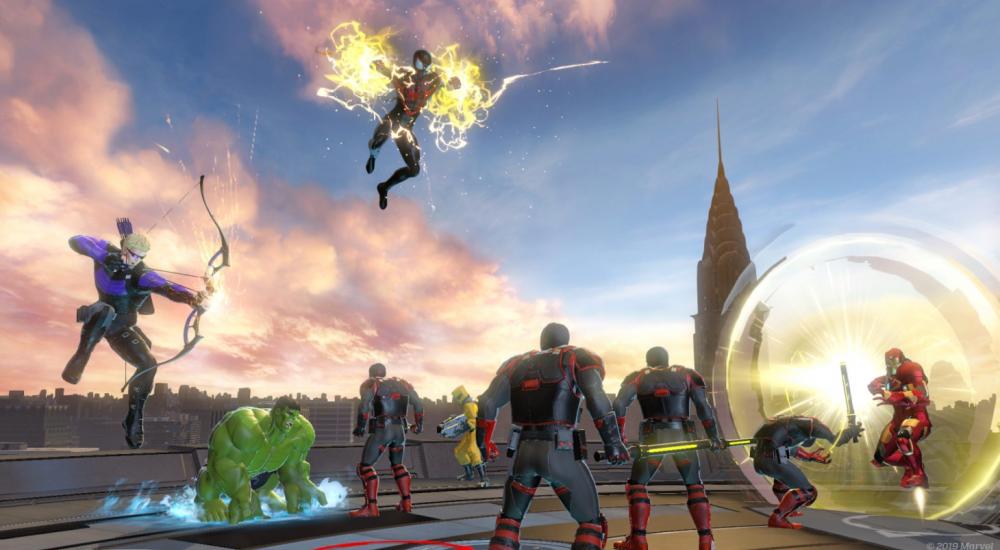 The first DLC pack for MARVEL ULTIMATE ALLIANCE 3: The Black Order now has an official release date: Sept. 30. The pack is part of the $20 bundle that also includes two future DLC packs (Fantastic Four and X-Men), which has to be purchased as a whole (i.e., you can't buy the packs individually). If you've been enjoying your time with the game, which I sort of have, then picking the bundle up will certainly ensure you get even more stuff as this pack alone includes four characters (Blade, Punisher, Moon Knight, and Morbius), two new game modes, and a new Infinity Rift.

The two new game modes are Gauntlet and Endless. The Gauntlet Mode is co-op focused and allows "up to four players take on an intense series of co-op challenges in rapid succession to earn rewards." The Endless Mode sounds like a kind of friendly competition to see who can last the longest and claim the top spot on an online leaderboard. Personally, I'll be curious to see what level the new characters will be at when they join the roster...

DLC Pack 1 of the @MARVEL ULTIMATE ALLIANCE 3: The Black Order Expansion Pass launches 09/30, as the Marvel Knights join the alliance! You can also take on an intense series of co-op missions in the new Gauntlet Mode! #MUA3

Marvel Ultimate Alliance 3: The Black Order is available now on the Nintendo Switch. Four player co-op is supported throughout the campaign and in the Infinity Trials. You can check out our Co-Op FAQ for more details on how the co-op works, and our review for our take on the game.