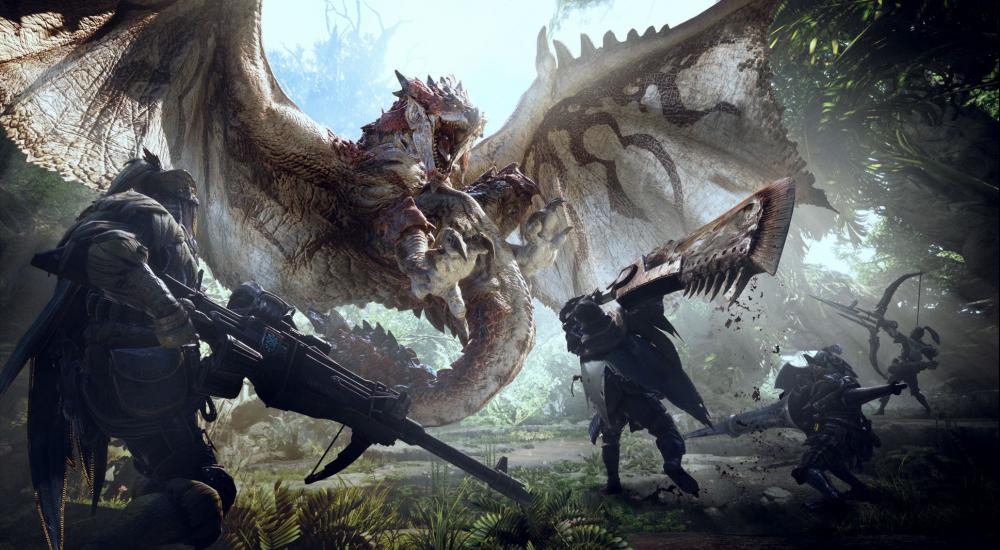 Step aside, weaklings, the new Monster Hunter World trailers are in town.  Specifically, there are three of them, each focusing on the various weaponry changes happening in the game's forthcoming expansion, "Iceborne".  All in all, there's about ten minutes worth of footage spread between the trailers, so you might want to go fix a cup of tea, coffee, or whatever else helps you focus before reading on.

First up, we've got the light weapons trailer, which focuses on the new Long Sword as well as extra options for existing armaments.  As you might expect, much of the footage concentrates on all the new ways you can pummel a monster's body/head as quickly as humanly possible.

Next is the heavy weapons trailer.  The Great Sword is the hot new item here, but existing weapons such as the Hammer are also changed slightly.  In contrast to the previous trailer, this one mostly delves into how you can grab a monster's neck and just beat the dang tar out of it.

Finally, hunters who think they're too good for standard light or heavy weapons can take a look at changes to their fancy-shmancy technical weapons.

The "Iceborne" expansion will arrive on September 6th.  Naturally, weapons aren't the only things being added here, as the game will also receive new monsters to hunt and new areas to track them in.  Monster Hunter World offers four players online co-op on PC, PlayStation 4, and Xbox One.