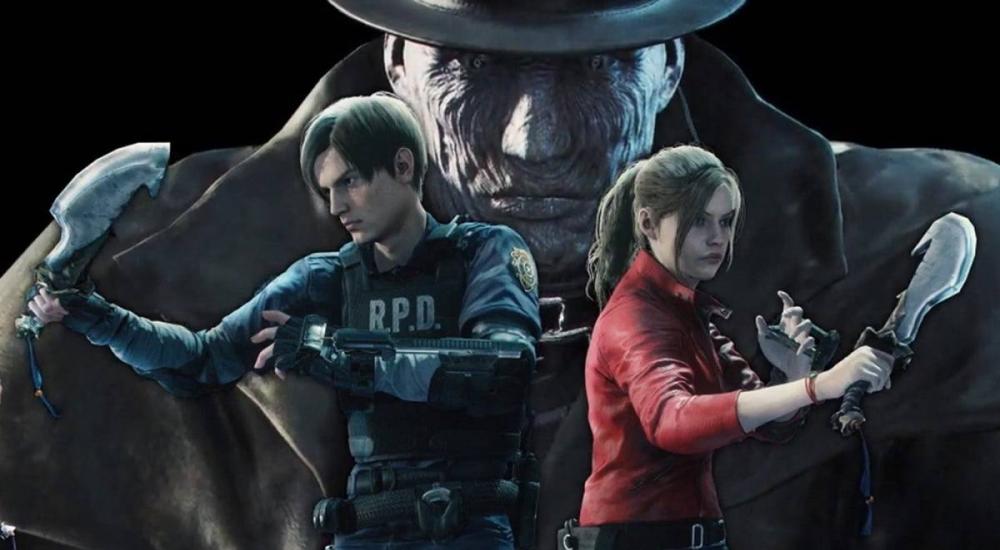 Monster Hunter: World was a critical and commercial hit when it arrived in the beginning of 2018, and by all accounts, the game has only gotten bigger and better since.  A sizable expansion arrived last month in the form of "Iceborne", but that doesn't mean Capcom is resting on their laurels.  Instead, they're pushing out even more content in November, albeit in a form you might not expect.

Once the spookiest month of the year has run its course, Monster Hunter: World will be getting some skins from Capcom's spookiest series, Resident Evil.  Specifically, Resident Evil 2 versions of Leon and Claire will be added, as will zombi-fied hunters and the unstoppable Mr. X.  If the teaser trailer is to be believed, there will also be... quite a bit of dancing.

Monster Hunter: World is no stranger to these crossovers, with lots of events and mini-expansions adding characters from both Capcom's most popular franchises and other third-party properties.  Ryu, Ezio, and even Geralt of Rivia have stepped into the New World, hoping to make their mark.  Between these small-scale additions and the wealth of content available in both the base game and its expansion, there seems to always be something new to enjoy or work towards.

Monster Hunter: World is currently available on Xbox One, PlayStation 4, and PC.  It offers online co-op for up to four players.  PC players should note that the aforementioned expansion, "Iceborne", won't arrive until January 2020.