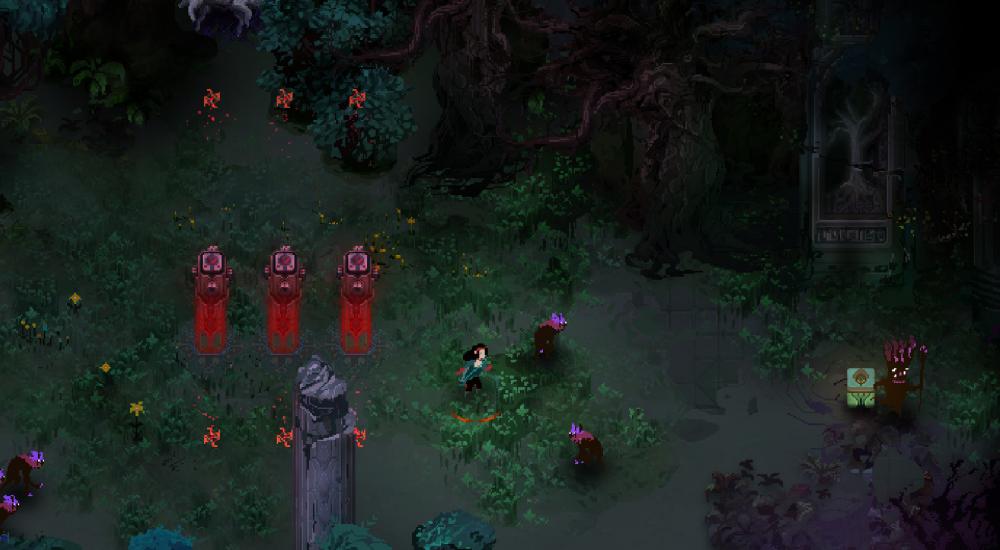 Four years ago, the development team at Dead Mage held a successful Kickstarter campaign for their action-RPG, Children of Morta. There's been a lot of work done on the title since then and if you're interested in checking it out before its impending release this Summer, then you've got 72 hours to get a free preview.

The preview started today around 11:00 AM EDT and it'll go until the same time on Saturday; it's also only through Steam, so you're limited to the PC version. However, this limited demo does have enough in there to give you a good taste of what more is in store. You'll be able to play as two of the family members - John, the father, and the eldest daughter, Linda. Each of them has their own weapon and playstyle so you can see what works best for you and your co-op buddy as you play up to the first boss. This is one of those games where it's best to see it in action, so be sure to watch the video below, and you can also check out our interview with the dev team from five years ago where they first laid out their vision and hopes for this title.

Children of Morta will be released sometime this Summer for PC, Nintendo Switch, Xbox One, and PlayStation 4. Two player couch co-op will be supported through the campaign.