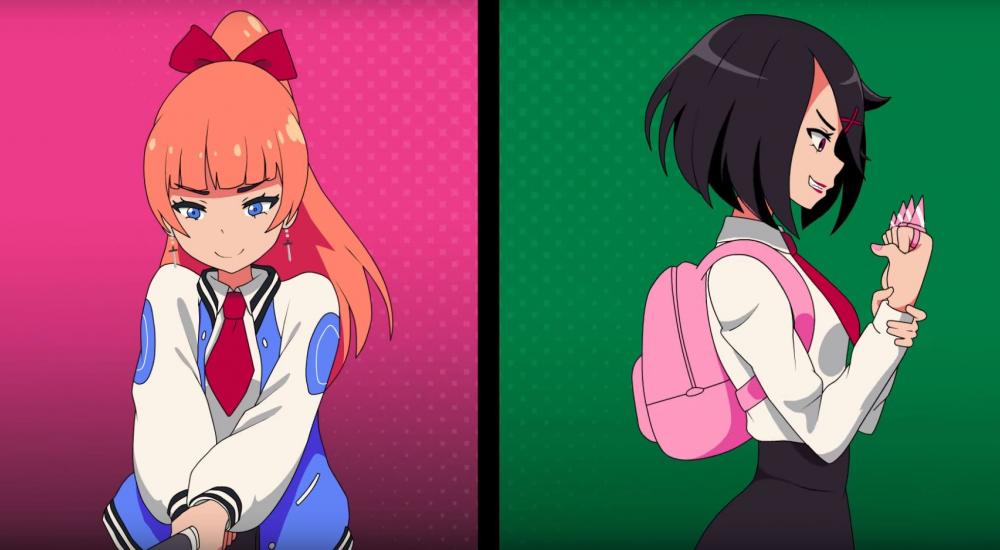 Perhaps one of the most well-known and classic entries in the "co-op beat 'em up" genre is River City Ransom, which was originally released over 30 years ago on the Famicon/NES. That game was actually the third in the (now) long-running "River City" (or, "Kunio-Kun") series and all these years later, it's getting what feels like a sequel in the form of River City Girls. The twist? Rather than playing as "Alex" (Kunio) and "Ryan" (Riki) who set out across the city to rescue their girlfriends, you play as Kyoko and Misako (the girlfriends) and set out to rescue your boyfriends.

The announcement of this new title arrived last week just before the 4th of July celebrations kicked off here in the States, so the news briefly got lost amidst all that pre-gaming. Not a ton of details provided just yet, but the game will support two player couch co-op across six "large city regions" in the campaign, and there will be plenty of shops to find, items to purchase, experience to gain, and "an arsenal of combos, counters, throws, and special attacks."

River City Girls arrives on September 5, 2019 for the PC, Xbox One, PlayStation 4, and Nintendo Switch.