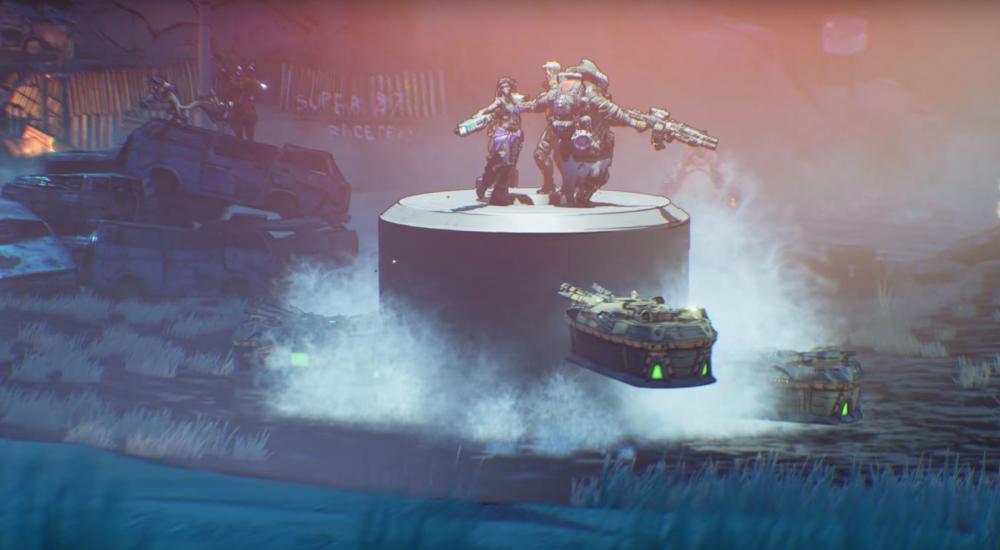 A new trailer for Gearbox's Borderlands 3 dropped earlier this week. While many speculated/hoped that when the developer teased a "Celebration of Togetherness" on July 16, that they'd be announcing some kind of cross-platform play for the forthcoming loot-shooter. Sadly, that was not the case. Randy Pitchford, CEO for Gearbox, set expectation just ahead of the event by tweeting out that it would not be about cross-play, but that they "are committed to supporting cross-play for Borderlands 3 with our partners as soon as practicable after launch."

So, what was the "Celebration of Togetherness?" A new trailer featuring a bunch of shooting, loot chests, and the in-game characters prancing around to the Turtles' 1967 hit song "Happy Together." While it is, in my opinion, a pretty cool tune, it was a little disappointing that the developer didn't have too much else to say/show. Also, after having seen this, if I can't link arms with my co-op buddies in-game and prance around whilst wildly shooting my gun in the air, I'll be disappointed.

As Borderlands 3 will launch on PC via the Epic Games store exclusively for 6 months, the promise of "eventual cross-play" does seem reasonable as other Epic Games titles have managed to bridge that gap. However, they've done so by using a common Epic Games account across the different platforms, so whenever the game becomes available on Steam, it'll be interesting to see if that functionality will still exist.