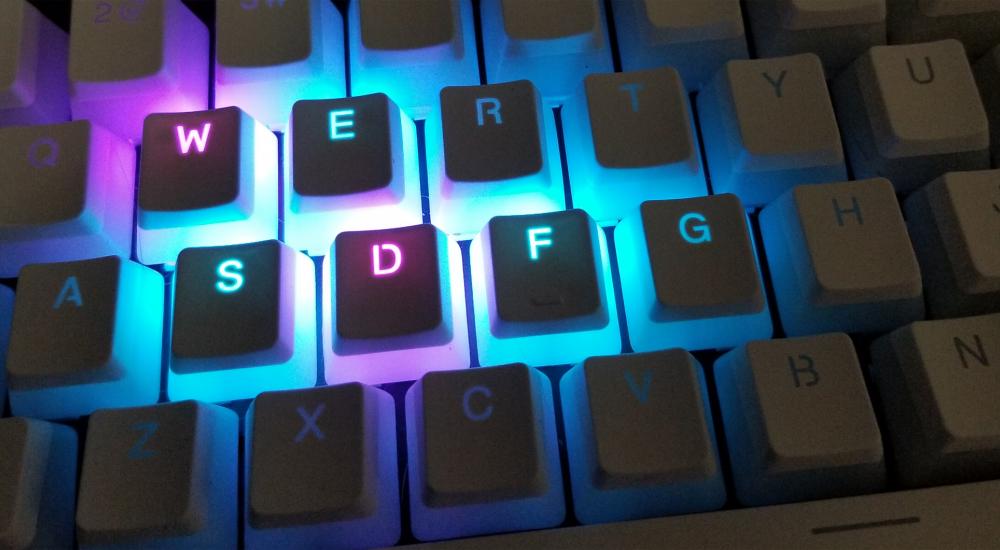 HyperX has made a lot of fantastic keyboards over the past few years, but instead of looking at a keyboard in this review, we’ll be looking at something a little different: a full set of replacement keycaps. The HyperX Double Shot PBT Keycaps in White are compatible with all HyperX mechanical keyboards and come with a full set of 104 keys and a keycap removal tool. While I’ve been using (and enjoying) the HyperX FPS & MOBA Gaming Keycaps Upgrade Kit (textured versions of some of the most frequently used keys in MOBAs and FPSs), this was my first foray into the world of fully replacing a keyboard’s keycaps. It honestly couldn’t have come at a better time, as the character printing on some of the keys of my HyperX Alloy FPS RGB mechanical keyboard were beginning to fade in some places.

HyperX Double Shot PBT Keycaps (in Black) have been available since earlier this year, but the set I reviewed was the new, just-announced white version. Both colors of Double Shot PBT Keycaps feature a “pudding” dual-layer where about 75% of each key is composed of a semi-translucent light gray material overlaid with a matte top (either black or white, depending on which version you have). This design is used to show off the RGB lighting of the keyboard, which looks pretty slick. The font on the keys is also quite stylish, with the loops for characters like “O”, “0” and “9” not being entirely enclosed and the tab, enter, shift, and caps lock keys only featuring arrows (instead of text with arrows).