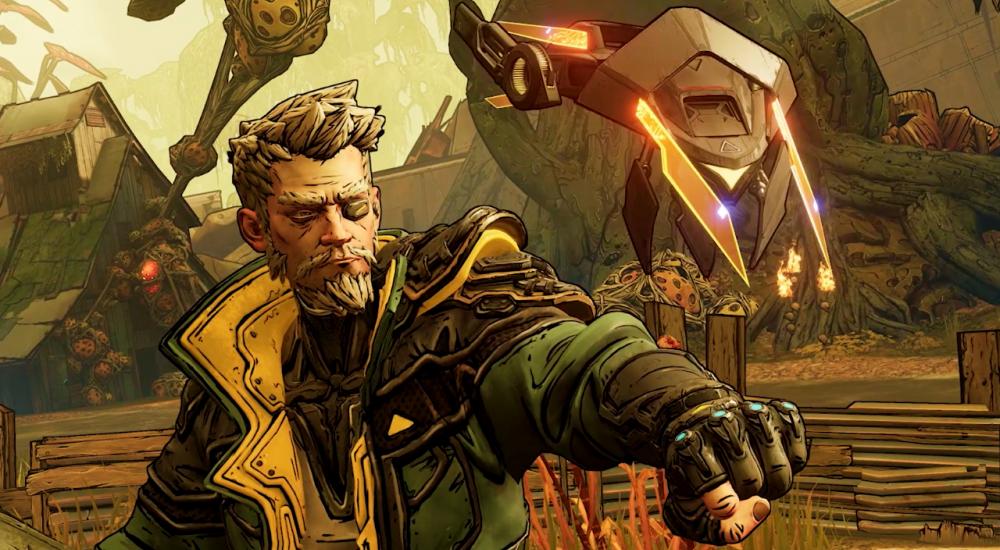 Borderlands 3 will be soon upon us, filling our lives with its cooperative FPS goodness.  To keep from being overwhelmed by its near-infinite piles of loot, though, we'll need to prepare our bodies and minds, and what better way to do that than with pre-release trailers?

This time around, we'll be spending some time with Zane, one of four characters brand new to the franchise.  He's currently in the throes of semi-retirement, having spent most of his life as a corporate hitman.  For one reason or another, though, he's decided to take up arms with the rest of the Borderlands 3 crew and spend his remaining days collecting absurd amounts of weaponry.

As with the other characters, Zane has three various skill trees dictating his style of play.  Unique to Zane, though, is the ability to equip two Action Skills at once, which sacrifices his ability to throw grenades.  Just like the trailer hinted at, his skill trees revolve around creating a digital clone of himself, commanding a weaponized, flying drone, or protecting himself and his teammates with a barrier shield.  Given his dual-role ability, Zane will likely be the most flexible of the game's crew, and I'm excited to see if that jives with my own playstyle.

Borderlands 3 arrives September 13th on PC, PlayStation 4, and Xbox One, as well as Google Stadia.  It will support online campaign co-op for up to four players.