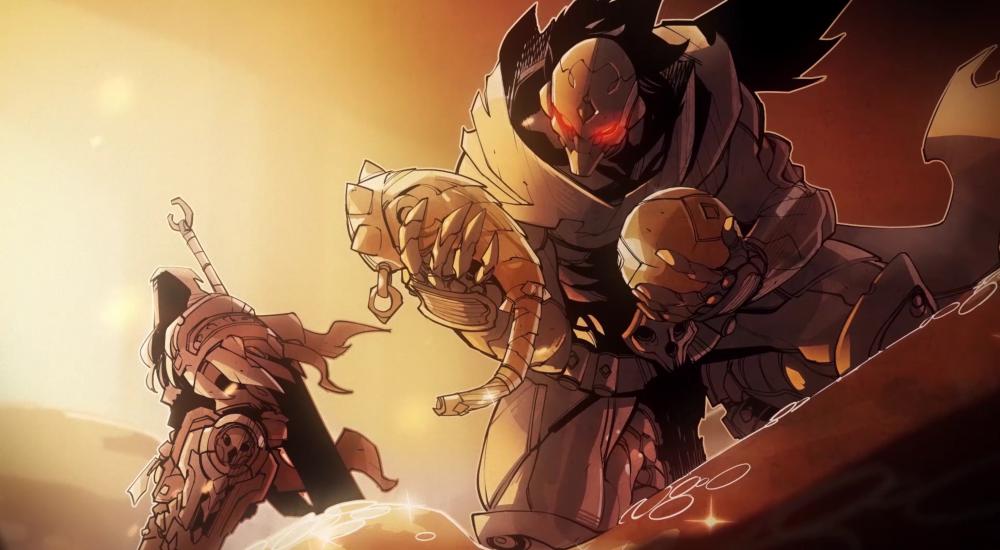 The Horsemen will return this winter in Darksiders Genesis. The fourth game in the Darksiders franchise changes things up a little bit in two ways. First, rather than a third-person action game, Darksiders Genesis runs a little more in the top-down, twin-stick shooter vein, though it definitely still utilizes action game mechanics. Second, and more importantly, it supports two player co-op! Team up with a buddy and kick some demon butt as War and Strife.

Genesis is a prequel to the events depicted in the other three Darksiders games. The Apocalypse hasn't kicked off just yet and you're still working for the enigmatic Council (of giant talking heads). As Strife, you are tasked with maintaining "the Balance" by investigating why that wily ole Lucifer is giving his "master demons" a totally natural boost of "supplements" to make them beefier than usual. You're joined in this adventure by War and can switch between them, unless you've got a buddy along for the ride in which case they can play as War while you are Strife.

Darksiders Genesis will be available on PC, PlayStation 4, Xbox One, and Nintendo Switch. It will release first on PC via Steam and Google Stadia on December 5, 2019, and then on the consoles on February 14, 2020.