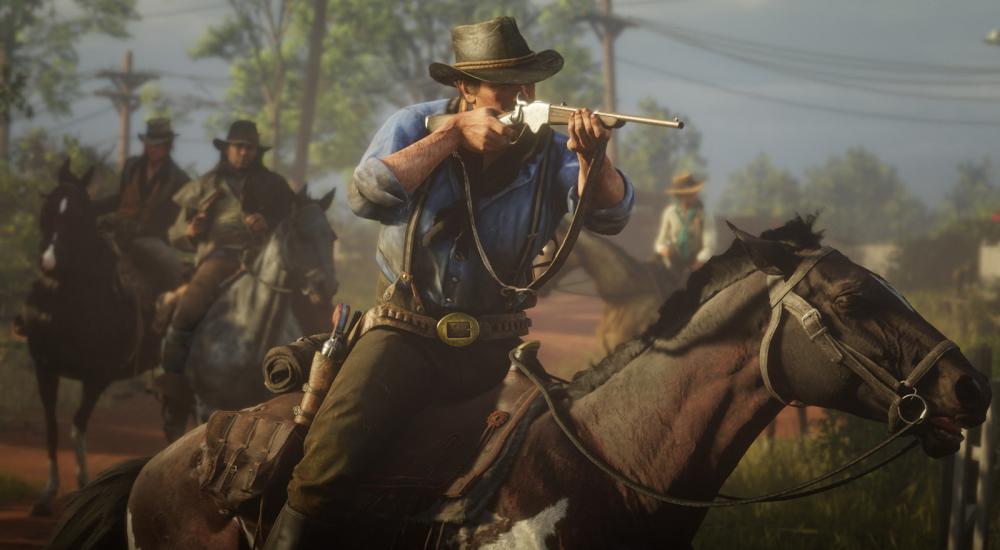 The rootin'est, tootin'est Rockstar game around is heading for greener pastures.  Come November 5th, you'll be able to experience the life and times of Arthur Morgan and his no-good cohorts on your own personal computer.

Naturally, you'd expect the PC version of Red Dead Redemption 2 to have a little more pep in its visual step, given that the hardware limitations are a little looser.  When the game was originally announced for PC, though, we weren't given much indication of just how that would play out.  Thanks to this latest trailer, we have a solid minute of footage to hem and haw over.

There's not much news to discuss on the game's other facets, as it will almost certainly mirror its console brethren in terms of mechanics and story beats.  That said, it's exciting to see just how breathtaking the visual experience will be, especially in light of how much the game managed to accomplish on console.

Red Dead Redemption 2 offers online, four player co-op through its Red Dead Online mode.  In it, you and a few of your closest cowpokes can work your way through a number of story-based missions.