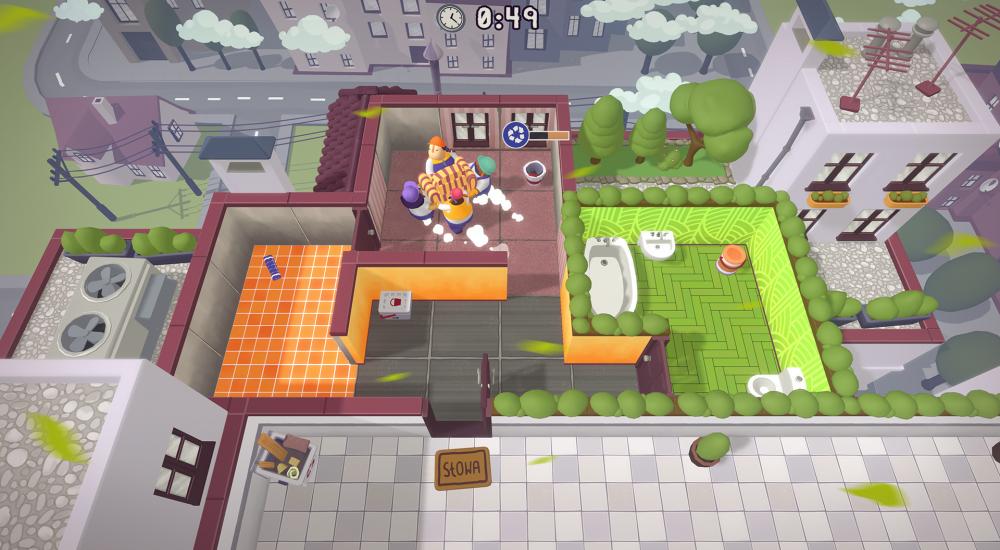 While renovating a run-down mess of a house may be therapeutic, it isn't quite what I would call a "fun and chaotic" experience.  As a matter of fact, I would likely use the exact opposite words to describe the process.  That said, though, I've never done so on a timer and while working with three of my most exasperated friends.

Such is the experience Tools Up! is aiming to capture, and we'll find out just how well it does so starting today, December 3rd.  The game obviously shares a lot in common with its predecessor in the "manual labor but with added pandemonium" genre, Overcooked!, but it seems distinctive enough to stand on its own two feet.  Take a gander at what it's going for in the launch trailer, below.

I'm always down for some hilarious hijinks, regardless of the setting, so Tools Up! should be a welcome co-op entry.  Hopefully, it'll add some unique twists to the aforementioned "MLBWAP" genre as well.

Tools Up! is available on PlayStation 4, PC, Xbox One, and Nintendo Switch.  The co-op gameplay is local only, but it's worth mentioning that Steam's new Remote Play feature adds the possibility of online cooperative play on PC.