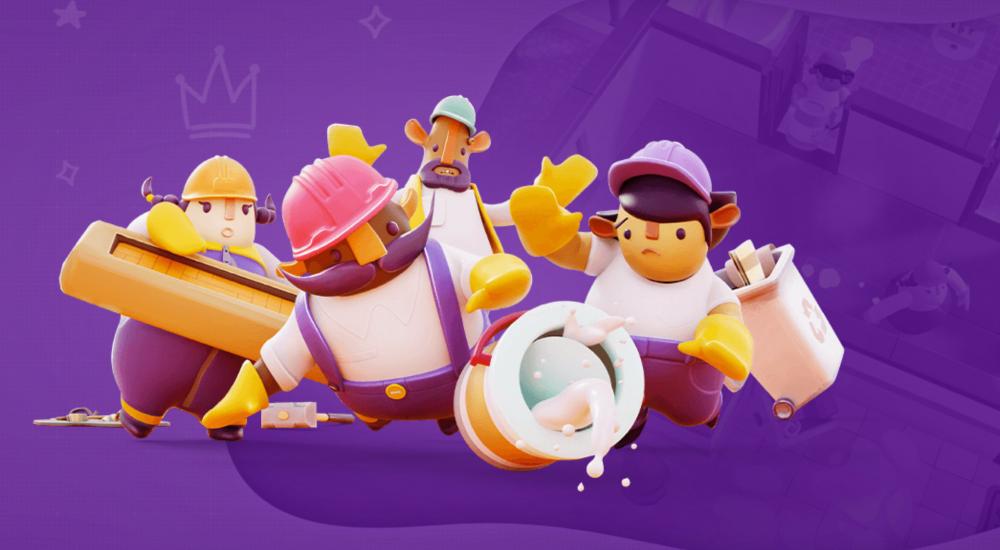 This week for our co-op stream we played a wholesome family co-op game about remodeling a house with friends. Unfortunately it was spoiled by an asshole raccoon that decided to throw everything we owned into the river. Seriously. It's Tools Up!

Tools Up! is a four player co-op game about remodeling houses. It involves using tools and materials to follow blue prints to complete a remodel, clean up and all, before time expires. It's often chaotic, silly, and frustrating. It's also a ton of fun. Inevitably someone needs to be the foreman directing traffic to be successful, so, thank you Jason for taking control.

Check out our recap below where we check out the base game along with the new garden themed DLC for some serious shennanigans. Thanks to Parsec we made the couch co-op game work across the interwebs no problem!

Tools Up! is out now on Steam, Switch, PS4 and Xbox One. It features four player couch co-op.