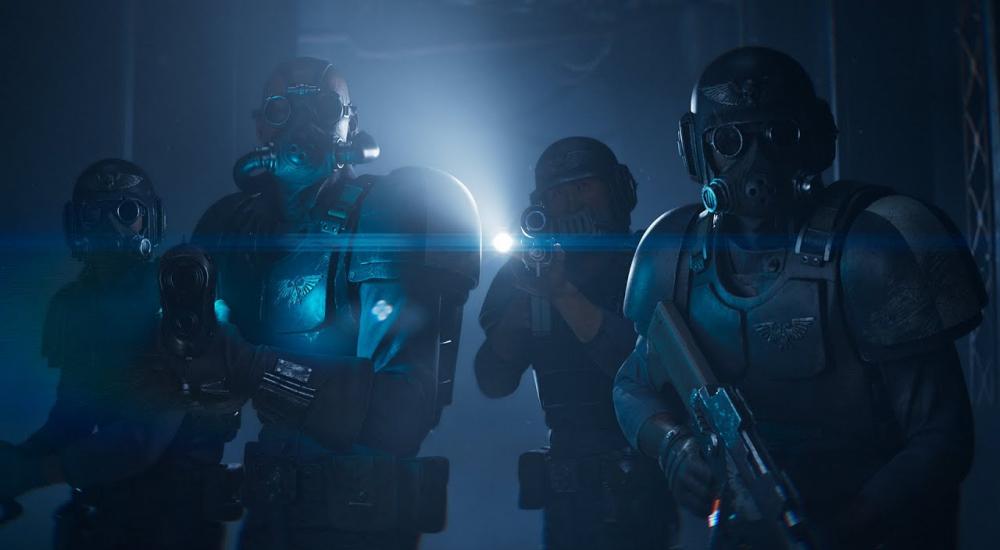 Off the back of their twin successes, Warhammer: End Times - Vermintide and Warhammer: Vermintide 2, Fatshark has decided to take yet another dip into the waters of co-op, first person gameplay.  This time, though, they've left behind the dark, medieval setting of Warhammer Fantasy and flung themselves into the dark, sci-fi future of Warhammer 40,000.

Their next title, Warhammer 40,000: Darktide, drops players into the quivering boots of up to four soldiers (possibly of the Inquisition or Imperial Guard variety) as they attempt to investigate a heretical cult within the hive city of Tertium.  Expect gameplay to be pretty similar to what's already been established within the Vermintide series, but with some extra twists on the formula.  Also, combat will almost certainly switch its focus from the melee weaponry of Warhammer Fantasy to the futuristic ranged arsenal permeating Warhammer 40,000.

Your foes, at least in the initial stages of the game, appear to come from Nurgle, the god of pestilence.  Given the hordes of zombie-esque foes that appear in the teaser trailer and the aformentioned weaponry changes, it's likely that Darktide will feel more reminiscent of the Left 4 Dead series than its predecessors.  To be honest, though, very little is known about Darktide as of yet, so we'll be filling in the gameplay details as they become available in the coming months.

Warhammer 40,000: Darktide is being planned for a 2021 release on PC and Xbox Series X.  It will feature online co-op for up to four players.