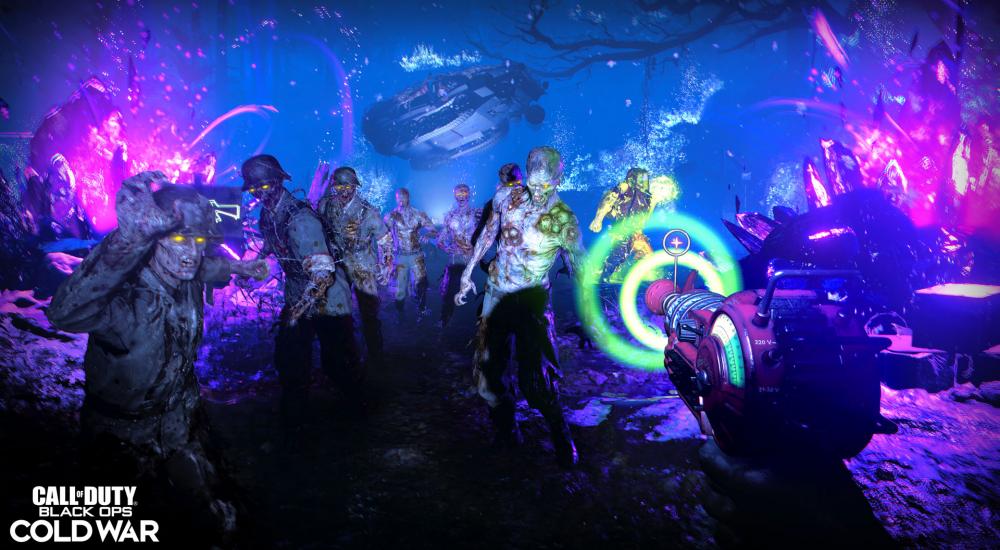 The zambies are back. The ZAAAAMBIES return. Call of Duty: Black Ops Cold War has released and with it the ever present zombie mode made famous by Call of Duty: World at War. The new flavor of zombies is a lot of the same, but also tweaked to feel decidingly different.

We've been checking out the four player online co-op mode for the past week and streamed a bit the other night. The DL is this - if you were a fan of the previous zombie modes we think you'll really like the new iteration. It takes a lot of the best elements from the previous game's like the slot machine special weapon crates, perk machines, and an overarching mystery that unfolds with each playthrough.

The one thing missing? That risk reward strategy of opening a door versus building up a strong defense. Instead the game's only map really encourages players to explore in order to find the best weapons and other mysteries. The newest feature is the need to actually upgrade your character's damage and armor in order to survive the later waves of zombies as well as the ability to bug out and call for evac every 5 waves post wave 10 to cash in on XP.

Check out the stream recap below and let us know what you think, there's a solid base here for Cold War's zombies mode and we can't wait to see what future updates and maps may bring.