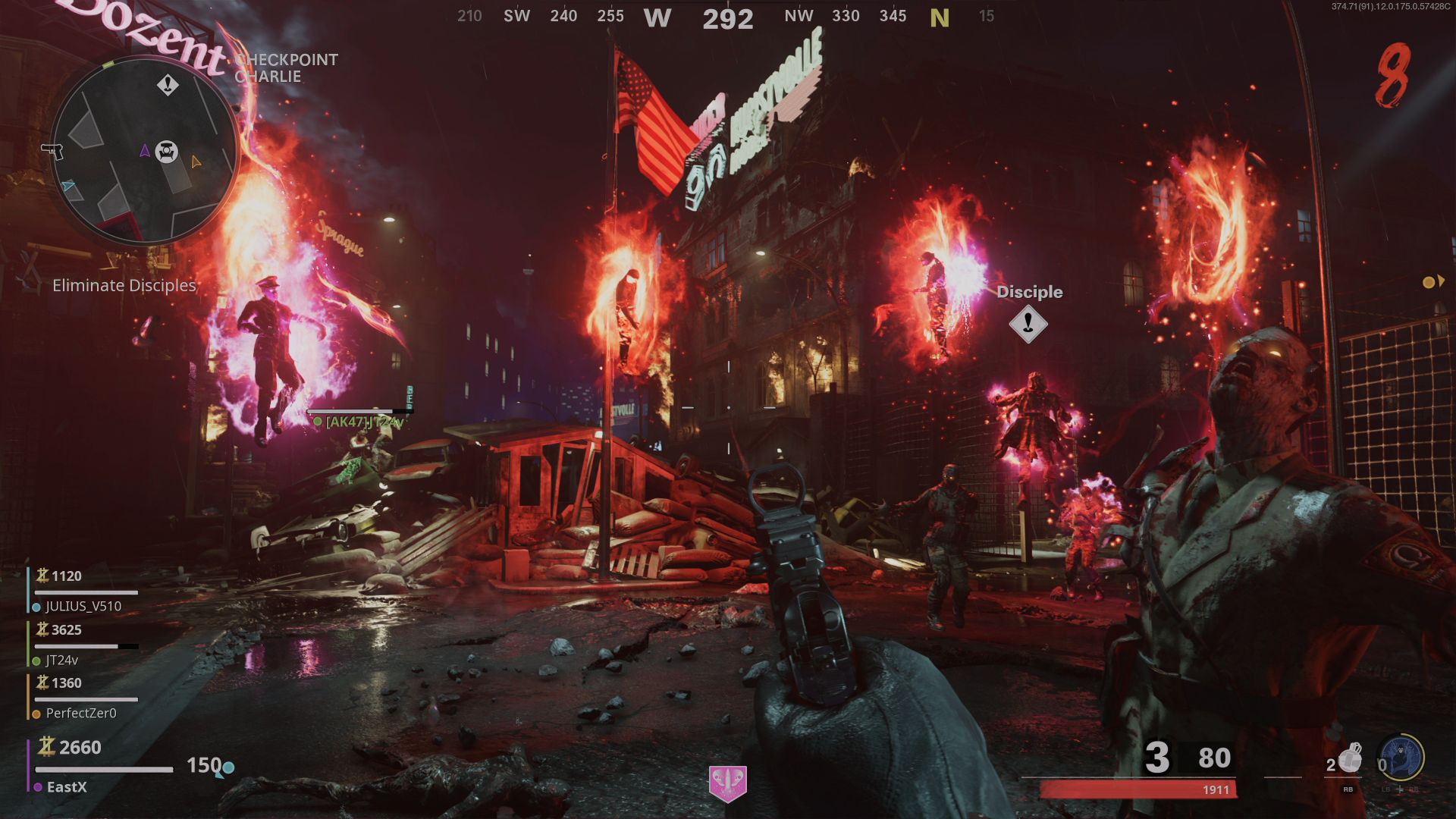 The latest Zombies map to be added to Call of Duty: Black Ops Cold War is called 'Mauer der Toten,' meaning "Wall of the Dead." The Black Ops Cold War Zombies maps are surprisingly story-heavy, and this one sees the members of peacekeeping force Requiem forced to build a warhead to close the Dark Aether portal that was opened in Berlin by traitorous scientist Aleksandra Valentina. We played several co-op games on 'Mauer der Toten,' and we even found out how to unlock the robot, Klaus.

'Mauer der Toten' begins with the members of Requiem stepping out of a plane that has landed on the ruined rooftops of Berlin. From there, the team can rappel across to other buildings and eventually onto the ground. Our heroes will eventually head underground, where they'll witness the memorable sight of a flaming subway head zooming by. Naturally, the train leaves several flaming zombies in its wake. Also found underground in the Safe House is Klaus the robot. To actually awaken Klaus, who acts as a support character, players must acquire the Robotic Hands and Battery and then install them in the robot. Getting the hands is the hard part, as it involves several steps.

How to unlock Klaus: My team and I had a great time playing 'Mauer der Toten.' The map's atmosphere and sense of dread certainly impress, and the Krasny Soldat and flying Disciples are both dangerous and cool foes to battle. As always, however, I wish that COD's Zombies mode offered multiple selectable difficulties and more intuitive objectives. Some of us don't have the time to fail at a mission for hours and hours before we can finally complete it.