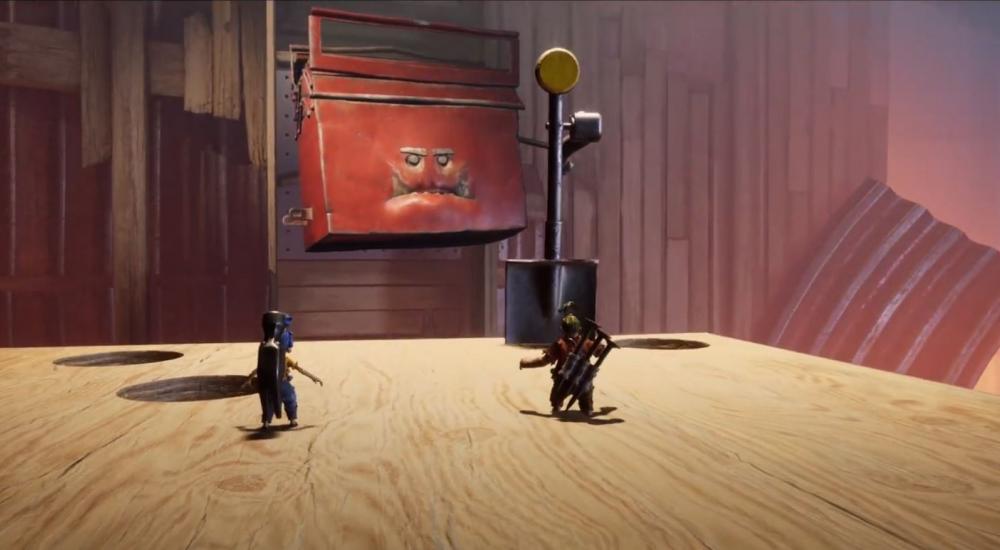 We're back continuing our coverage of It Takes Two, the upcoming two player co-op romantic comedy meets video game from developer Hazelight and publisher Electronic Arts. Hopefully you've had time to check out our written impressions and the video preview of the game's first level.

Now we're back with the second level in the game, continuing with highlights of our co-op hands on preview. While we're still "stuck in the shed' you can see how the puzzles progressed from our last run in. All of that culminates with a brutal boss battle against an angry tool box hellbent on chopping us up or dropping us to our deaths.

It Takes Two is out on March 26th on Xbox One, Xbox Series X/S, PlayStation 4 and 5 and PC. It features two player couch or online co-op.