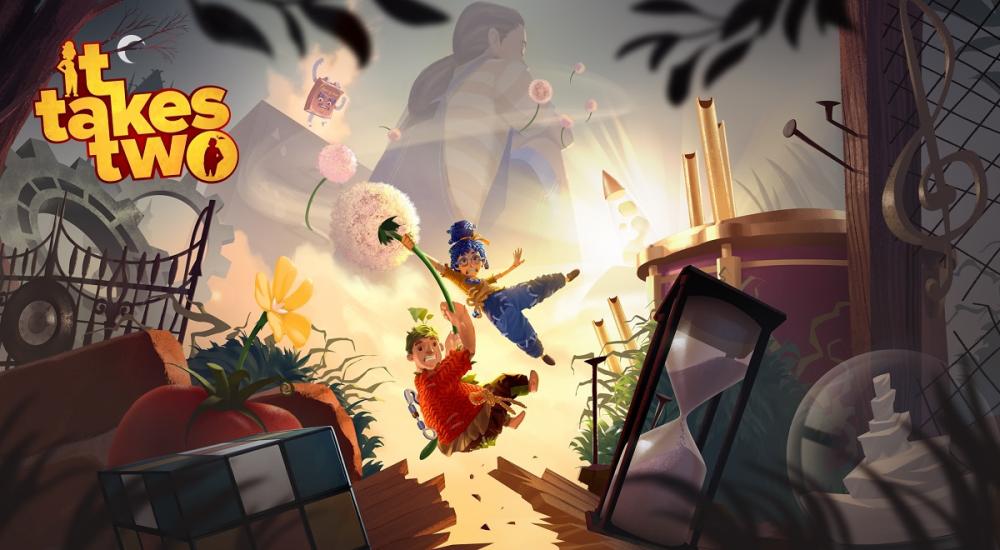 We've already had an extensive hands on preview with It Takes Two early last month. The game, if you didn't know, is a co-op platformer and adventure by Hazelight Studios. You can read all those detailed impressions here and here. Our latest stream of the game is actually covering a lot of the same topics - but having had a chance to reflect on some things, our opinion may have changed...slightly.

First and foremost, the final build of It Takes Two still looks and plays as phenomenally as the preview. The graphics, specifically the texture of the game, are absolutely standout. Bringing the miniature world to life and making every object in the game look and feel exactly like their real life counterpart.

The gameplay itself is on point for co-op - the puzzles, platforming, and physics based approach to interactivity have all been given a co-op spin requiring players to communicate and work together in order to progress through the levels. Each player has a role to play in the level and often these are distinctly different. Overall the gameplay is incredibly rewarding.

Where I think we've become a bit jaded is the actual story and the way things progress in it. Perhaps we are just getting grumpy in our old age - but literally having the story founded on child's tears because their parents are getting a divorce seems...cruel. Gamers who may have come from a divorced family or are currently in the situation may not agree with the trope. The book of love in the game, whether intentionally or not, is crass and the advice given by him to our married couple is cliche. At the end of the day we just wanted to skip these section in favor of gameplay.

Our full impressions are contained in the video below. We still recommend the game, but feel warning about the story is warranted.