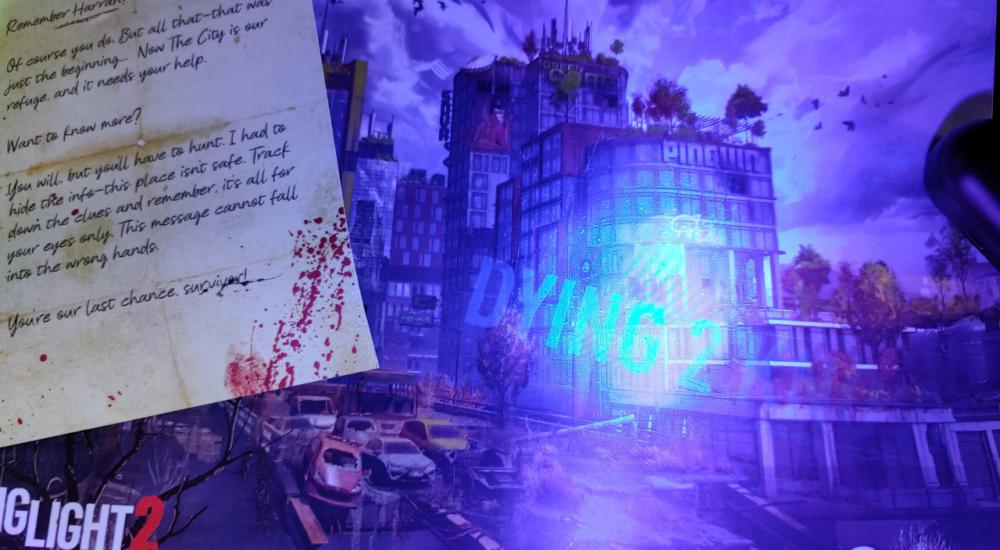 Dying Light 2 Stay Human, the sequel to the open world co-op survival action game, releases December 7, 2021 for PC, PlayStation 5, Xbox Series X|S, PlayStation 4, and Xbox One. Many were wondering if the game was still going to see the..uhm...light of day after staying dark for so long. But developer Techland has put out a ton of new content showcasing what players can expect at the end of the year.

The game takes place 20 years after the original with the world haven fallen deeper into chaos as the undead have basically "won." There's a 30 minute video put together by Techland talking about the backstory, showcasing the technology, unveiling the special editions, and of course revealing almost 6 minutes of gameplay.

This time, players are visiting the City—mankind's last stronghold in the fight against the virus. Developed parkour mechanics enable players to explore the vast open world and use tactical combat. The lost civilization and setting of the modern dark ages requires creative approaches to finding items and crafting gear. Gameplay shifts during a day and night cycle, so players can dare to plunder abandoned lairs of infected at night and discover the dark secrets of those in power by day. Players must choose which side they want to take and write their own story.

Sadly no new details on the game's co-op mode were unveiled. Thankfully we did get confirmation from Techland that the game still sports four player online co-op through the entire campaign! More details to come in the future. You can pre-order Dying Light 2: Stay Human right now at Amazon and support Co-Optimus in the process.