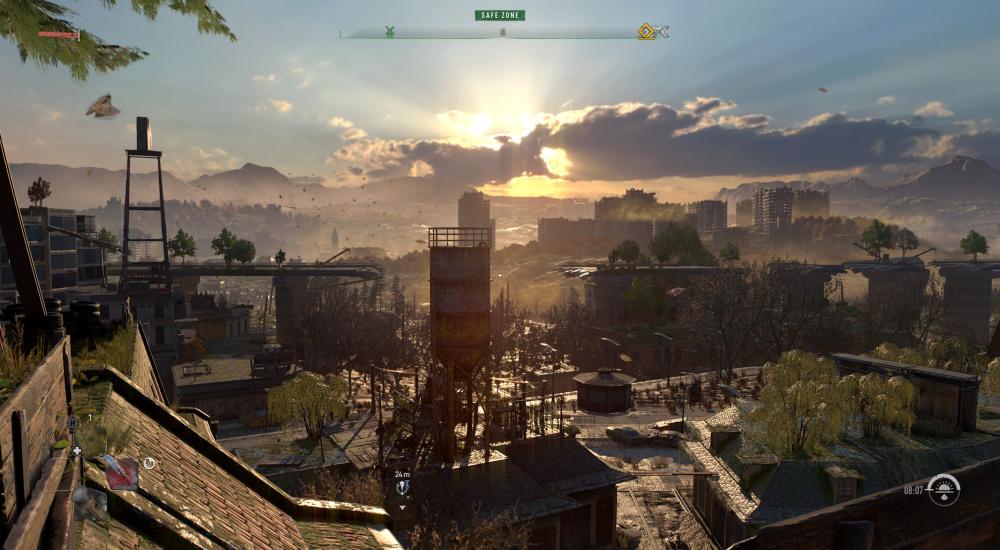 We've had preview builds of Dying Light 2 for a few weeks now, a few of us have put 8-10 hours into the game already. But we weren't able to play co-op until the day before release so a proper review couldn't be ready for the launch. That said we've now dug in and come back with some impressions and a stream recap.

Instead of a typical review, I think the below dialog - direct from our Discord chat really captures the essence of things. After that, check out the recap from the other night for further impressions and a glimpse of things like the pretty graphics, frightening night time audio, and of course - parkour in action.

Locke
Mannnnnnnn, I'm bummed about Dying Light 2 not grabbing me as much as it should.

Jason
I’m curious what percentage of the hardcore Dying Light fandom wanted something like this... it feels bloated; from the side objectives to the prolonged tutorial to the grind to unlock combat/parkour skills. I do like everyone in the game commenting about “wow, you’re a Pilgrim and survived out there with infected all over… how did you do it?”

Mike
It seems like there's a lot of "WE NEED TO HIT THESE PLAYER ENGAGEMENT METRICS" type decisions all over that game. And unlike something like, say, Destiny 2 that also nakedly exposes those things, it rips you out of the immersion. D2 has a smaller, more focused set of activities, and you regularly receive bounties/quest objectives that require you to engage with 'em.

But the in-game fiction surrounding it makes sense.

Locke
I like doing the minute to minute stuff.

Honestly, as crappy as it sounds.  I will play until my character feels like they are capable. And then I want to see if it 'opens up'

Mike
In Dying Light 2, it makes absolutely no sense that Aiden would have to learn just about any of his skills.

Jason
Everyone: “Pilgrims are real bad-asses”
Aiden: “my widdle arms are too weak to climb a ladder :(“

Locke
WHICH GOES AGAINST WHAT I BELIEVE. The defenders are saying 'you only played X amount of hours' you have to hit MILESTONE Y before the game 'gets gud'  - which I hate. But I'm willing to try.

Jason
Milestone Y should be Milestone D at the most

Mike
I mean, motion sickness and such aside, I think it's goofy fun so far. But I never wanted to take it seriously in the first place, because the first game was ALSO stupid as hell.

Locke - I think it is stupid you can't slide (from the beginning). I took that skill ASAP , okay.

Mike
The whole concept of "parkour world exists because zombies parkour" is the most absurd worldbuilding I've seen in a while.

Jason
The first game was at least a little more interesting. I lol’d when the intro movie was like “we cured the disease, but whoops! Scientists!”

Mike
It's fun as hell to run around in, but it's just... really stupid. The story being told within said world was better in the first game. And to Techland's credit, the first game was extremely well-supported, so I expect them to continue the trend.
In a year, that game may be completely overhauled

Jason
The problem with any sequels like this are that player expectations begin at the end of first game life cycle. Ignoring the time and natural growth it took to get there

Mike
Well, sometimes there are colossal missteps - FFXIV 1.0 is a prime example.
Y1 D2 was another, but that at least got partially fixed in the "go fast" update

Locke
I just don't understand anywhere in modern game design where people say 500 hours = good times. Even if that is an exaggeration. 100 hours is too much.
JUST GIVE ME A TIGHT 15

Jason
Exactly; it feels like a game that has that because those were expectations based off Dying Light. But if they had a tight 15 hour campaign that gave you some abilities along the way, and then opened up the world and let you unlock more, I think that would have been better

*Nick strolls in an hour late*

Well, you guys made a ton of fair points and I can't say I disagree with them. I think the bottom line is - and hopefully its evident by our stream the other night - there's a bunch of fun to be had here when you play with friends. Hell - even solo. But if you take the game too seriously you may wind up disappointed. Play the game for the emergent experiences.