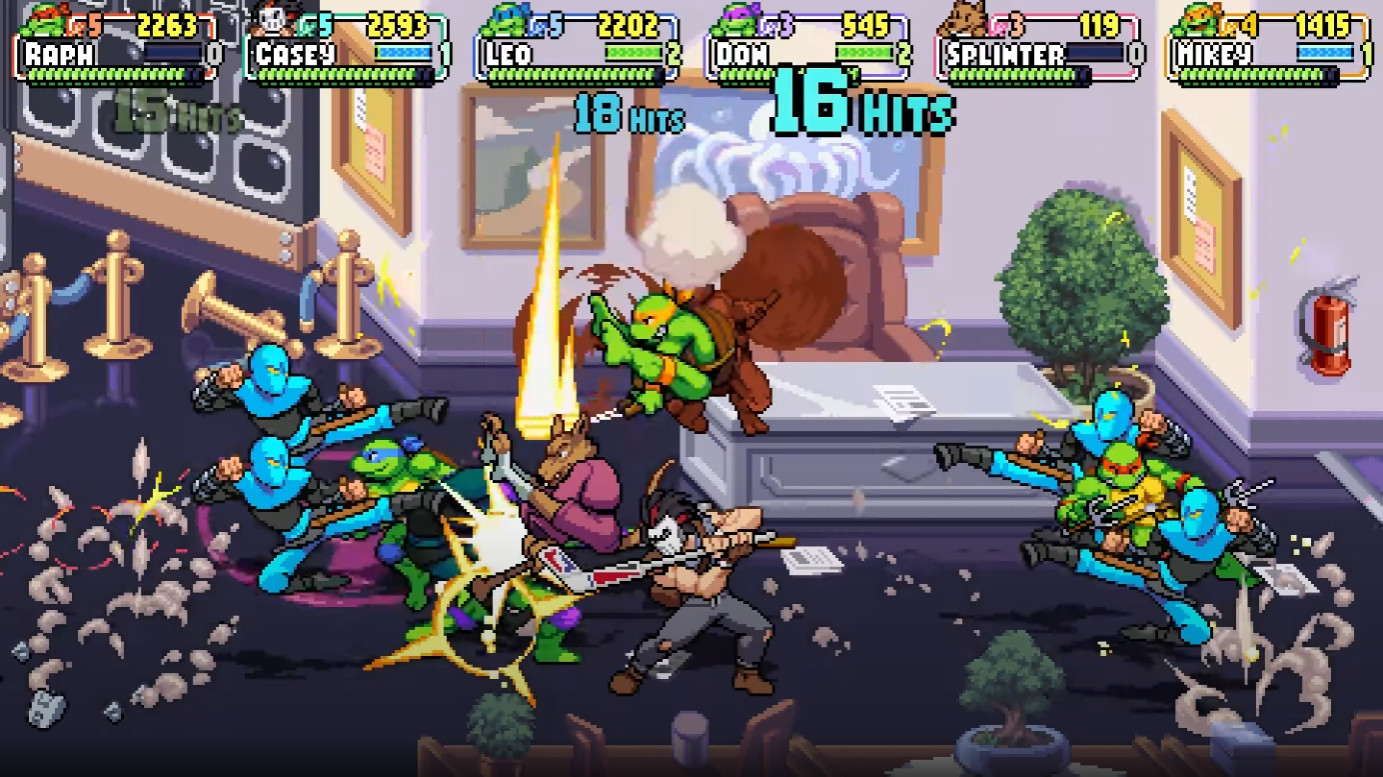 Ninja Turtles fans have been hotly anticipating the release of Teenage Mutant Ninja Turtles: Shredder's Revenge, the upcoming beat 'em up from Dotemu and Tribute Games. Rumors recently circulated about a mid-June release, and they have turned out to be true. Not only did Dotemu confirm the release date today, the publisher revealed Casey Jones as a playable character, 6-player co-op, and Game Pass availability for the Xbox version of the game!

For Shredder's Revenge to support 6-player co-op, the game clearly needs more than just four playable turtles. Splinter and April O'Neil have been revealed as playable for a few months now, so the game already had 6 characters lined up. Even knowing that, fans continued to request the inclusion of one more important TMNT character: Casey Jones. Well, Casey Jones has finally joined the roster, just in time for next week's launch! Of course, Shredder's Revenge is using the 1987 cartoon version of Casey Jones, pretty much the worst version of the character. He's insane, probably homeless, and never takes his mask off, so he lacks all of the depth of the comic and movie Caseys. Still, it will be awesome to play as Casey at all, and gamers can just pretend that he's one of the cool versions anyway.

Additionally, we've learned that the game will support 6-player co-op! Will it be both local and online? That might depend on platform. Some consoles are limited to using 4 controllers simultaneously, so those versions wouldn't support 6-player local co-op. Every version of the game has online co-op, though, so everybody should be able to hop online and kick some shell with friends.

Teenage Mutant Ninja Turtles: Shredder's Revenge will cost $24.99 when it launches on June 16 on Xbox, PlayStation, Switch, and Steam. That's a great price for what will probably be the year's most popular beat 'em up (though River City Girls 2 is no slouch). The Switch version can be preordered now to get a 10 percent launch discount; the same discount will be available on the other platforms sometime before release.

Oh, and did we mention that Shredder's Revenge will launch on Xbox Game Pass too? That means that Xbox will have a shell of a lot of Turtles fans playing online!