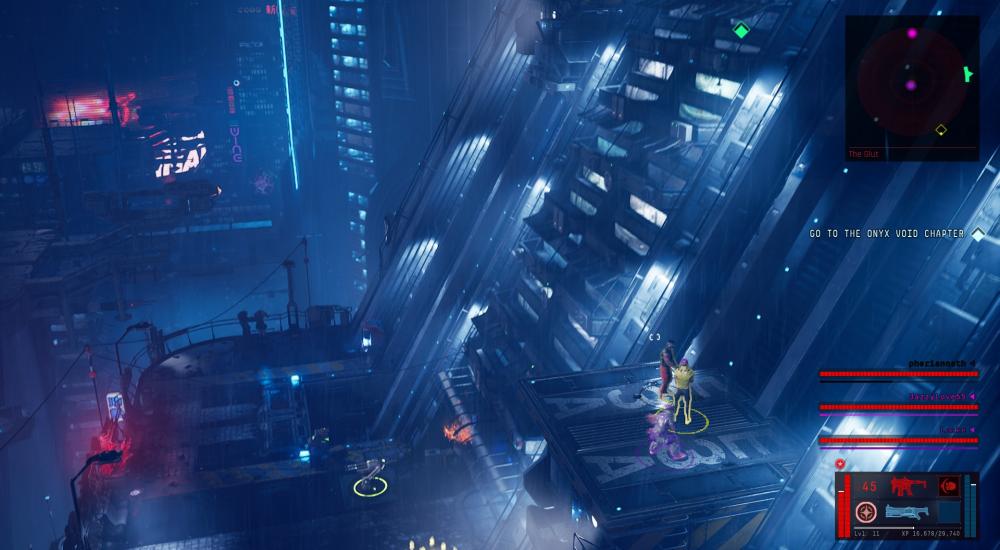 The four player Co-Opticrew is finally back together. After more than two months, we've got a proper four player co-op stream recap for your enjoyment. Up this week is The Ascent, the four player co-op action-rpg twin-stick shooter on PC and Xbox Series. The cyberpunk themed game may be the prettiest game we've played this year, but looks aren't exactly everything.

Paul reviewed the game a few weeks ago and unfortunately, hit quite a few game breaking bugs. Our experience was a bit better, but we still had...thoughts.

If you really want to hear our detailed thoughts on the game, I recommend you watch the video as we talk quite extensively about what works and what doesn't. And while we spend a good 15 or 20 minutes griping about where the game misses its mark, by the end of the stream we are clearly having a good time. The Ascent while trying to be an RPG just falls short - missing key elements like a solid loot system, an engaging story, and a strong carrot to keep you engaged and moving forward.

But where it excels is just pure combat fun. Action is fast and furious, gory and explosive with the graphics engine being the center of the showcase and the satisfaction instantaneous. Bringing friends along for the ride makes it all that much more better. If you can forget that The Ascent wants to be a deeper RPG experience, it feels like a better game.

Check out our recap video below for even more details as we dig in a few hours into the campaign. And be on the lookout for when Hot Kevin meets Sweet Justice - certainly the highlight of the stream (about 48 minutes in).