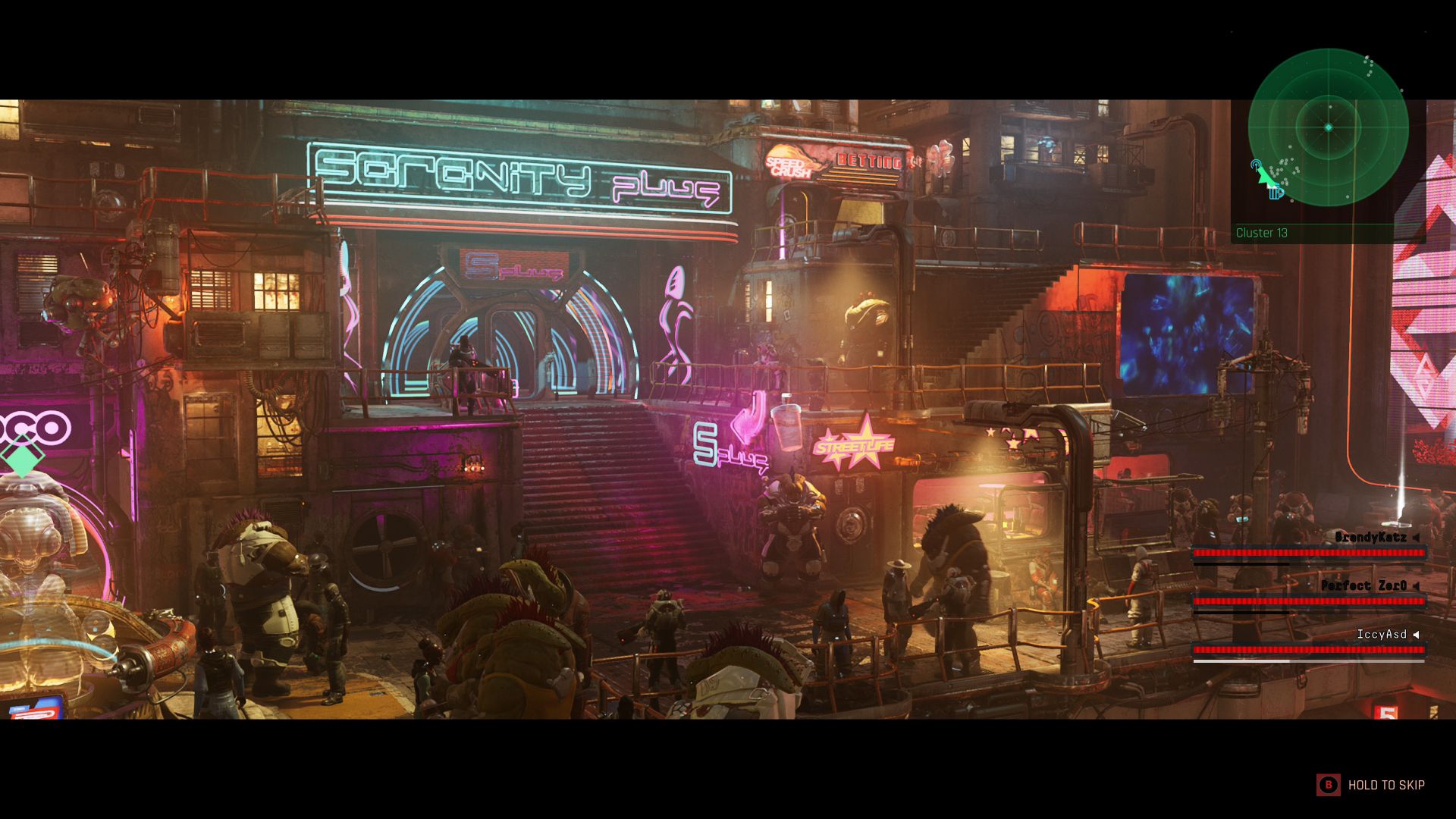 After wowing viewers of the Microsoft and Bethesda Games Showcase during E3 this year, The Ascent Curve Digital and Swedish developer Neon Giant has finally arrived on Xbox, Windows 10, and Steam. The Ascent is a visually amazing cyberpunk action RPG that supports 4-player local and online co-op. The game is also available via Xbox Game Pass, making it easy to find online co-op players.

After a couple of hours with The Ascent, I've been very impressed with the game's cyberpunk atmosphere and visuals. The opening cinematic reveals the sad state of affairs on the planet Veles, where most of the population lives as "indents" (indentured servants). Things kick off when the megacorporation that runs the planet collapses, leaving everyone to scramble for power - and perhaps freedom. The visual design is another big piece of the puzzle. The Ascent uses a whole lot of red in its color scheme, which really enhances the game's alien, cyberpunk feel. The game runs at 4K and 60 FPS. That might sound like a given for a Diablo-looking isometric-view game, but there's just so much detail here. The environments and characters are incredibly well-rendered and overflowing with minutiae. When the game zooms in for cinematics and conversations, everything still looks fantastic.

Initial gameplay in The Ascent is divided between a monolithic dungeon area and the sprawling megacity above. After customizing their characters, players will begin in the dungeon itself. The game uses twin-stick controls for shooting. Additional combat options like grenades and melee attacks will unlock before very long. To navigate each area, players can either tap the Mission Hud key for a quick pointer or use the map. I've found the Mission HUD pointer to be quite useful and the map to be clunky and confusing so far. The Ascent supports 4-player local and online co-op.  It's now available on Xbox, Windows 10, and Steam. Grab it quickly for a ten percent launch discount off the regular $29.99 price. The Ascent is also on Xbox Game Pass. We'll have more co-op impressions soon!