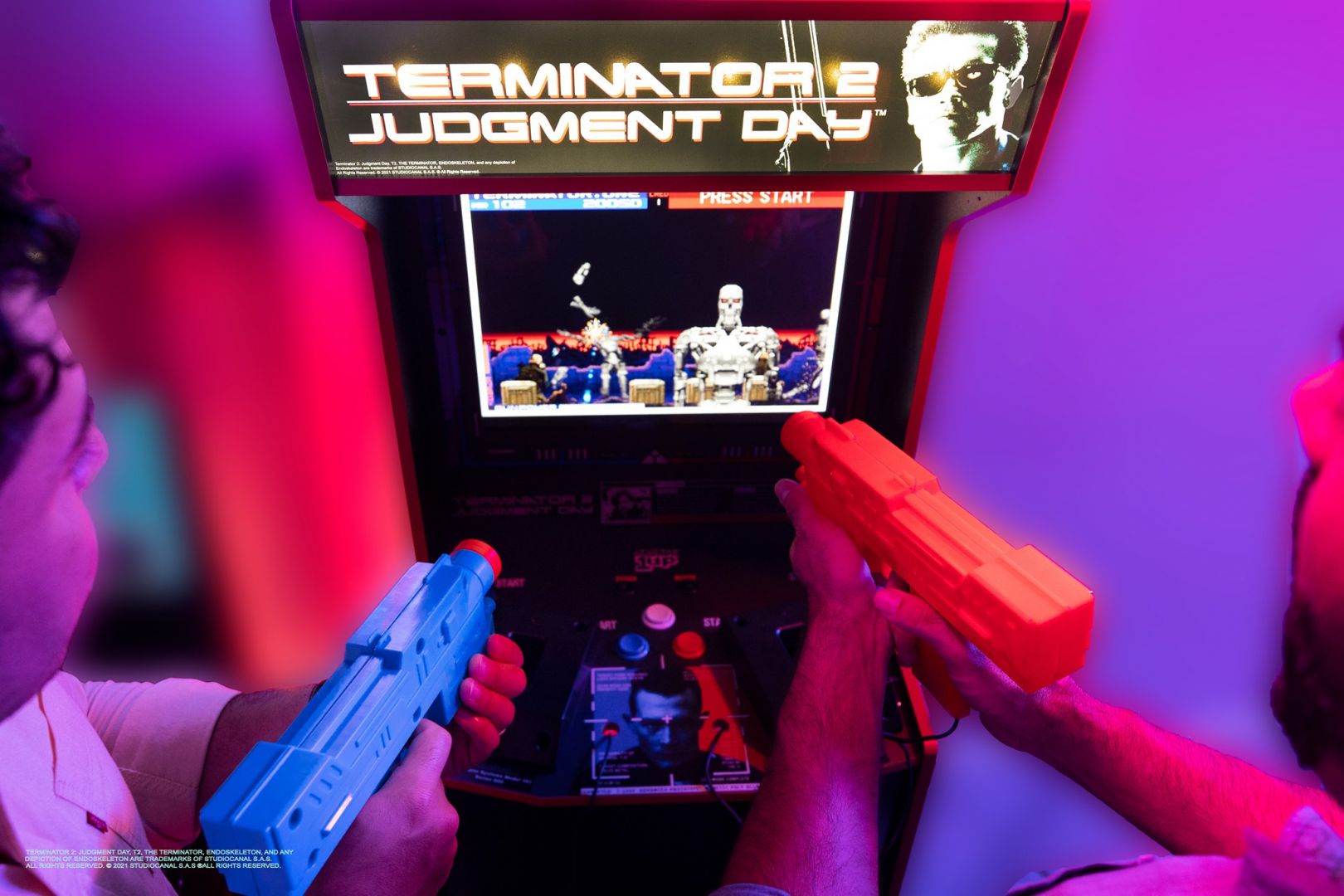 Terminator 2, the blockbuster movie from the 1990s, is still beloved today, even if it can't get a proper Blu-ray/4K home video release (they're all super blue and/or DNR-ridden messes). The film was so huge that Midway released a light gun-style arcade game that was soon ported to 16-bit and 8-bit consoles and computers. Though older licensed games seldom get modern re-releases, Terminator 2: Judgement Day is just too tough to kill. Arcade1Up has opened preorders for a 3/4-scale home arcade cabinet with real light guns and 2-player co-op. 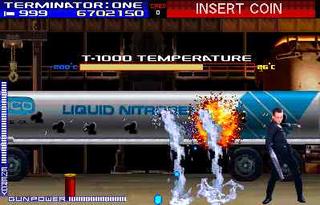 Terminator 2 is a light-gun game in which 1-2 players take on the roles of T-800 cyborgs who have been reprogrammed by resistance leader John Conner to fight against the evil forces of Skynet. The game takes place in the war-torn world of the future and features digitized sprites and scaling effects that were quite impressive for their time. Actors from the movie reprise their roles via live-action cinematics, sprites, and voice clips, creating a highly authentic Terminator experience.

The Arcade1Up version of Terminator 2 features a 17-inch screen, two guns with force feedback, a light-up marquee, a riser, and Wi-Fi leaderboards. Interestingly, the arcade cabinet from 1991 did not use real light guns. Instead, the two positional guns simply moved cursors around the screen - the same input method used by Midway's Revolution X and Taito's Operation Wolf. Arcade1Up has chosen to implement detachable Sinden light guns instead, which will provide a more authentic shooting experience while deviating from the original input method. Most gamers will probably consider the use of real light guns to be an upgrade. Two downsides to this new edition of Terminator 2 are its price and games selection. Preorders cost $699, making this one of the most expensive Arcade1Up cabinets to date. On top of that, Terminator 2 will only include one game, unlike most cabinets from Arcade1Up. Fans had speculated that Midway's very similar Revolution X might also be included, but it doesn't look like the Aerosmith-themed shooter made the cut. I have to admit, I would be sorely tempted if Revolution X was on there. $700 for just one shooter is hard to swallow.

Terminator 2: Judgement Day can currently be preordered with free shipping at Arcade1Up and Best Buy. Preorders are expected to ship by February 5, 2022.

In other Arcade1Up co-op game news, X-Men preorders are starting to ship ahead of the cabinet's official 11/22 release date. Simpsons preorders were scheduled to ship this week, but my preorder's shipping date just got backed to January. Ouch!