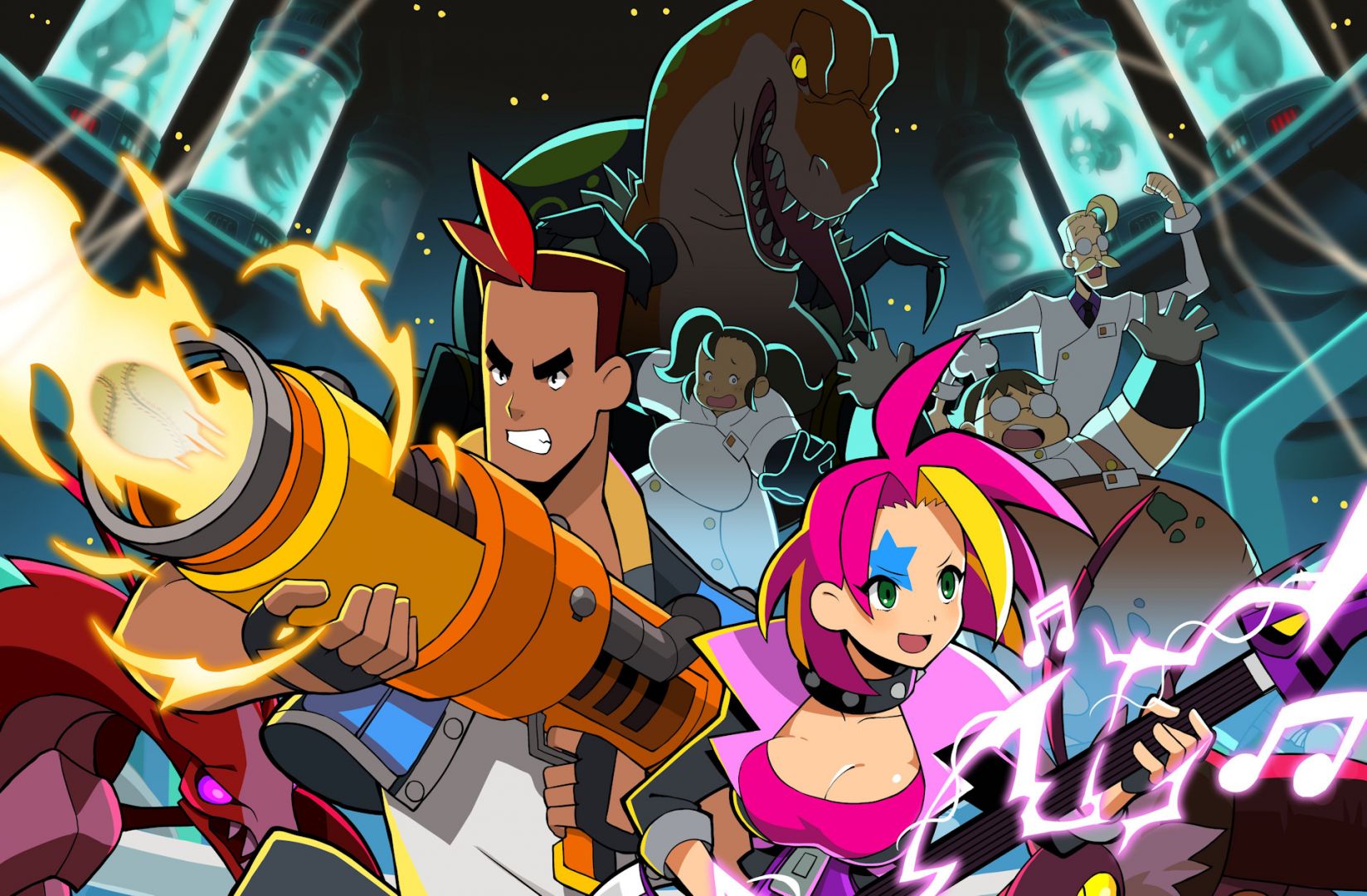 When Apple Arcade launched, it lured in many console game developers with timed exclusivity deals. One such developer is WayForward, whose Shantae and the Seven Sirens first came to Apple before arriving on consoles. Now, another WayForward title is set to graduate from Apple Arcade to mainstream platforms: Spidersaurs. The colorful run-and-gun shooter/platformer will feature 2-player local co-op, spiders, and dinosaurs when it arrives on consoles and PC later this spring.

Spidersaurs comes from the same development team as Contra 4, a Nintendo DS-exclusive run-and-gun shooter. The sci-fi scenario involves a huge array of genetically engineered half-spider, half-dinosaur hybrids escaping from captivity and running amok. Only Victoria the punk rocker and Adrian the officer in training can stop the bloated beasts. Each character wields a unique weapon and Spidersaur powers that they will need to infiltrate the INGESTCorp facility and stop the madness. That sounds like a deliberately silly good time to me! Even though Spidersaurs started as an Apple Arcade game, it boasts a wide array of fancy features:

The new console and PC version of the game adds a new stage, a new final boss and ending, two new difficulty levels, and two unlockable modes (Arcade and Speedrun). Mid-level checkpoints, rebalanced boss order, and visual enhancements round out the improvements that the big-screen version of the game will bring. The two people who are into Apple Arcade need not worry, though – that version will get the new features in an update as well.

Spidersaurs will launch on Xbox, PlayStation, Switch, and PC in Spring 2022. In the meantime, WayForward’s kaiju-themed beat ‘em up, Dawn of the Monsters, should be launching later this month.